Ben Riehl, an Amish farmer in Lancaster County, Pennsylvania, operates his farm, installs solar panels for extra income in his spare time, and has opened his home near the town of Intercourse as a bed and breakfast establishment. 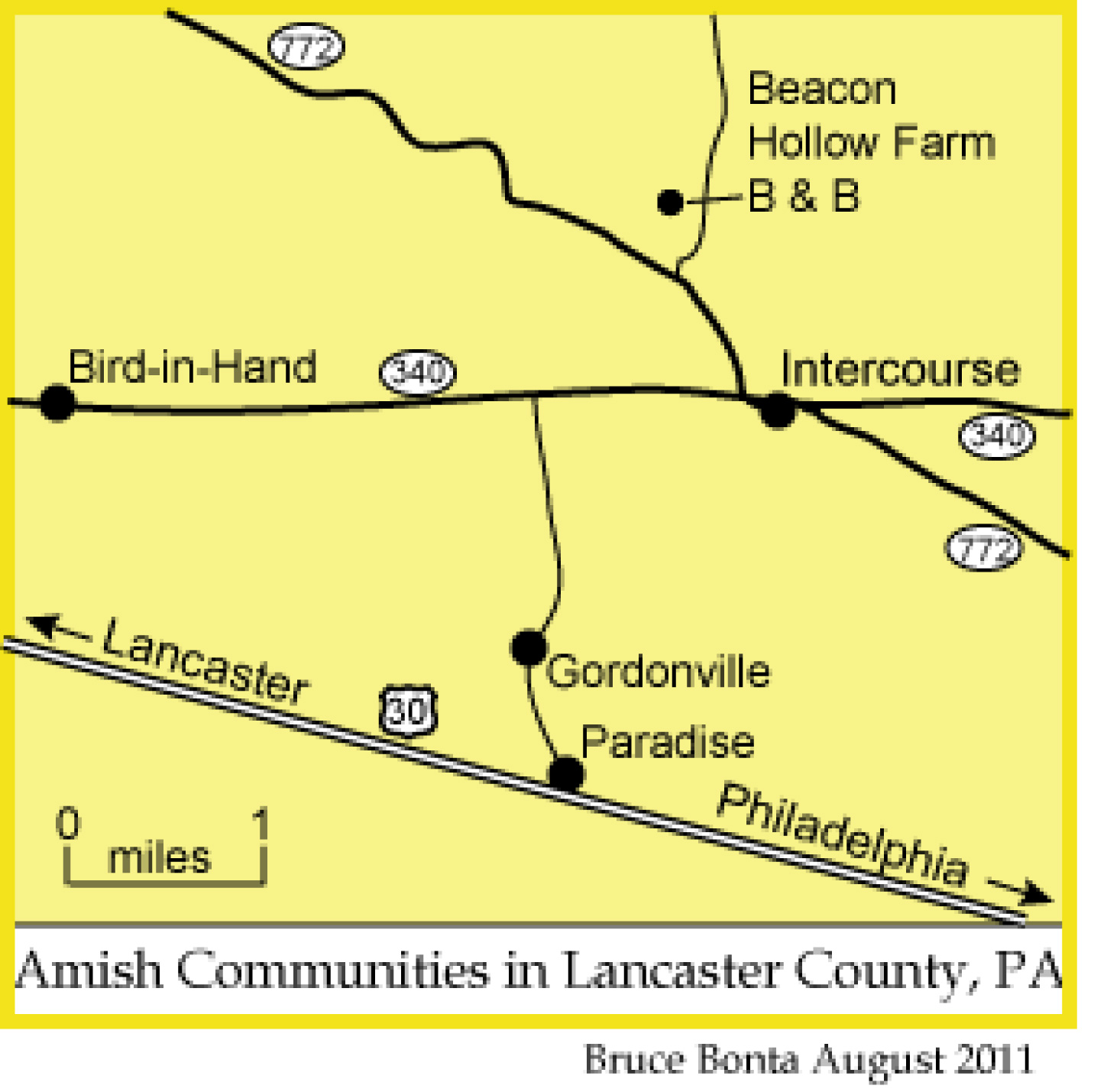 According to an article last week in the Philadelphia Inquirer, Mr. Riehl’s Beacon Hollow Farm B & B actually has a page on a website for tourists who want to stay at Lancaster County farms. Of course, he does not have a computer in his home, so he has no access to the Internet himself. But he does have a telephone—in his barn.

Riehl emphasizes to the reporter that it gets pretty hectic on his 80 acre cattle farm, but his guests come from all over the world to get away from their gadgets and to enjoy the relatively simple lifestyle.

Tom Infield, the Inquirer staff reporter, also interviewed Stephen M. Scott at the Young Center for Anabaptist and Pietist Studies at Elizabethtown College. Mr. Scott told him that the number of Amish guest houses is probably growing, since it is hard for them to make a living off of agriculture alone.

The Inquirer said that Amish people are informally working with non-Amish people who own lodging facilities and offering to their guests home-cooked meals right in their homes. This informal service, according to Infield, is contrary to Pennsylvania regulations that seek to control commercial food operations. Restaurant operators in the county are prodding regulators to close down unregulated Amish home cooking.

The reporter also spoke with Sam Stoltzfus in Gordonville, the operator of a machine shop and an historian of the Amish. Stoltzfus feels that offering an overnight lodging, or a meal in the home, is all part of “Christian hospitality.” Within reason, he says, the Amish enjoy mingling with their non-Amish neighbors and with the tourists—the English, as they call outsiders.

Mr. Riehl concluded that operating his B & B is a way of showing off the Amish lifestyle, which, he says, could serve as an example for the rest of the world.