The Paliyans are a “relatively non-violent peace loving innocent” tribe that once lived in the interior forests of western Tamil Nadu state, in southern India, according to a new blog about the people. Mr. A. Muthuvezhappan, the author of the blog, writes that they used to be a nomadic hunting and gathering people who subsisted in the interior forests on the eastern side of the Western Ghats mountain range before they settled into stable villages near the plains people. 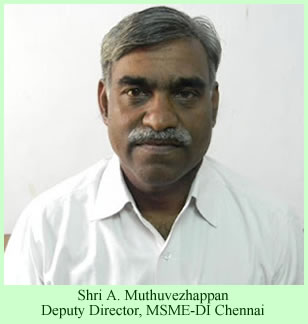 Back in February, Muthuvezhappan posted his first entry about the people he refers to as Paliyar, which is the plural form in the Tamil language of the singular noun Paliyan. Last week he posted a photo of himself. He indicates in the credits at the bottom of the February post that he is the Deputy Director of an Indian Government agency, the Micro Small and Medium Enterprises Development Institute (MSME-DI), located in the Tamil Nadu state capital, Chennai.

Much of the information he provided in his February 20 post is quite interesting. What he writes parallels the descriptions provided by the anthropologist Thomas Gardner in his many writings about the Paliyan, but Muthuvezhappan provides some new and useful details.

He writes that the Paliyan did not wear any clothing until the early 1950s when they began to leave the forests and come in contact with the peoples of the plains, the Tamils. The men formerly wore their dottis before giving them to the women to use for dresses.

The Paliyans used to perform poojas, the Hindu worship services, quite openly, but the Hindus of the plains put a stop to that. However, the Paliyans defy them and continue to go into the forests with their families to offer their own poojas.

They still worship forest deities, particularly the goddesses Vanadevadai and Ananthavalli. Muthuvezhappan indicates that they often go with their families into remote spots in the forests to offer prayers to Vanadevadai and to worship a god named Karuppan. They believe that these deities will help protect them.

The Paliyan marriage customs have changed since the people settled into communities at the edges of the hills. The bride used to wear what the author calls a Tharanippu garland at the marriage feast “as a token of love and affection and a symbol of marriage,” but that custom has mostly died out. The men continue to marry the daughters of their maternal uncles in simple ceremonies right within their own communities—they rarely search for marriage partners in other Paliyan villages. “Their life style is very simple and sacrosanct. They love to live with nature,” Muthuvezhappan writes.

The author decries the fact that the Paliyan lifestyle, traditional social system, and economy is virtually doomed. They no longer do much hunting, but they can still gather minor forest products to sell. The traders, to whom they sell their forest produce, may use unscrupulous business practices with them and they have little recourse. Some of the Paliyans owe money to the traders, who use the debts to dominate them and to pay them only the absolute minimums.

The situation is not entirely hopeless, however. Muthuvezhappan praises the work that an organization called RAMCO, in Rajapalayam, Tamil Nadu, is doing to help and protect the Paliyans as they adjust to more modern conditions. Along with MSME-DI, the two organizations have adopted the people and are working to create micro enterprises which will be based on the uses of minor forest products in a sustainable, eco-friendly fashion. Their objective, he writes, is to “save forest and save future.”

The leading project seems to be to create a diverse herbal garden in each community with the hope that the traditional Paliyan knowledge of herbs and their sustainable uses should protect the rich biodiversity in the long run. The two organizations will support training for the tribal people in scientific ways of collecting and using plant products. The Paliyans will also be trained in ways to produce forest products for sale.

The author describes other goals articulated by these groups. One is to create a Paliyan website, called Paliyar Tribal Empowerment, which has already been accomplished. That website gives information about the Paliyans and, more to the point, it describes the products that they sell: Paliyan honey, tamarind, mushrooms, and organically farmed fruits and vegetables. The website provides contact information.

Some of the profits from the projected small-scale enterprises will be invested in the futures of the young Paliyan, who can have funds either to support their educations or to establish their own businesses based on sustainable uses of forest resources. The project, he concludes, will continue to be run by the Paliyar Tribal Movement, and supported by RAMCO and MSME-DI, until it can be operated entirely by the Paliyan communities themselves.

This is the second blog to begin publication in early 2012 as a focus for efforts to support the Paliyan. The other was described in news sources back in February.