Two years ago the Indian press covered a hopeful story about a Yanadi village that had established a crab framing operation near Sorlagondi, a coastal community in the Indian state of Andhra Pradesh. 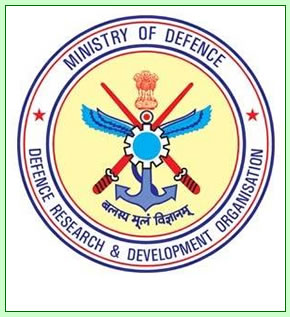 Last week, a news source reported that the Indian Defence Research Development Organisation (DRDO) has completed studies about the suitability of a 321 acre tract of land in Nagayalanka mandal, near Sorlagondi, the Krishna District of Andhra Pradesh. It has proposed that the land be designated as the site of a long-range missile testing facility. It is not clear if the new facility will destroy the Yanadi fish farming operation described two years ago, but it is clearly in the same vicinity.

V. K. Saraswat, the Directory-General of DRDO, approved investigating the missile launching facility last November, and three months later a team of four had completed surveying for the proposed development. An official for the Nagayalanka mandal, D. Chandra Sekhar, told The Hindu newspaper that the detailed government survey noted the physical characteristics of the landscape, including the locations of mangroves and salt ponds.

Much of the proposed 321 acres will be taken from the Sorlagondi Reserve Forest, said G. P. Anand, the Eluru Divisional Forest Officer for Wildlife Management. Some land will also be taken from common forest areas, which presently include fish ponds and mangroves.

According to The Hindu, the local fishing people are quickly speaking out in opposition. The Marine Products Export Development Authorities have allowed local people to develop fish ponds in the area, the news article reports, and many of those ponds evidently fall within the proposed project boundaries.

If the project does, indeed, destroy the work of the Yanadi village, it would represent a strange repetition of history. Reddy and Reddy (1987) analyzed the consequences for the Yanadi communities of Sriharikota Island when the government of India built a space rocket launching facility there over 40 years ago. Sriharikota is also located on the coast of Andhra Pradesh but about 150 miles south of Sorlagondi.

When the people living on the island were resettled to new villages on the mainland by the government of India in 1969, according to the authors, many aspects of their culture were changed. The reciprocity and cooperation between families, which had characterized their previous lifestyle on the large island, were replaced for the most part by the individualism of an economy based on wage labor. The family economy, which before the resettlement was the primary unit of production and barter, became less relevant since wages derived from laboring jobs allowed people to purchase necessities from stores.

Although husbands and wives previously cooperated in producing foods, after the relocation the men became the primary wage earners and they derived more authority in their families. When they abandoned their subsistence activities, their commitments to other aspects of their culture, such as their feasts, ceremonies, and ritualized gift-giving, were also undermined.

Reddy and Reddy also observed that the Yanadi reliance on shamans for healing declined after they were relocated. Their former recreational activities—visiting friends and relatives, playing, dancing—also diminished due to the lack of resources and time. The Yanadi lost their strong attachments to their natural environment in their new mainland villages.

Obviously it is not clear if the Yanadi community described two years ago with the fish farming operation will be affected by the new development, but the news story implies that the government is not asking the local fish farmers their opinions about the proposed missile launching facility. India’s desire for rockets and missiles may trump local considerations about subsistence and cultural preservation, just as it did many decades ago.