The CBC reported last week that a four-year old proposal to include Nunavut’s Back River in the Canadian Heritage Rivers System is raising some local opposition. 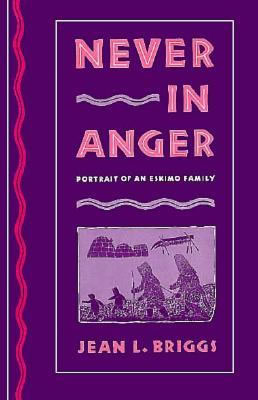 A news story in June 2009 indicated that a member of the territorial legislative assembly proposed the heritage river designation primarily because of the historical importance of the waterway. A very well known Inuit artist, Jessie Oonark, was born along the Back River, a 600 mile long waterway that begins in the Northwest Territory and flows mostly eastward into Nunavut to ultimately end at the Chantrey Inlet, an arm of the Arctic Ocean.

For those interested in the study of peaceful societies, one of the most significant scholarly works in the field has been Jean Briggs’ Never in Anger. That book was based on her field work among the Utkuhikhalik Inuit people, who lived along the Back River. The 2009 news account described the significance of her pioneering work and the way the Utku mastered control over their emotions, especially of anger, to achieve a relatively peaceful society.

The Canadian Heritage Rivers System, in the words of its website, “promotes, protects and enhances Canada’s river heritage, and ensures that Canada’s leading rivers are sustainably managed.” It appears as if that basic characteristic of the system must be prompting opposition among some Inuit.

David Monteith, who is the Director of Parks and Special Places for Nunavut, has been studying the proposal. He explained that the designation as a “heritage” river would provide recognition to it. It would prompt special care and appreciation for the river, should any activities develop in the region that might harm it. He emphasized that the Back area is rich in Inuit history and wildlife.

But the leaders of the Kivalliq region of the territory, where the river is located, are more concerned that the designation might impede the use of mineral resources in their area. David Ningeongan, the president of the Kivalliq Inuit Association, indicated that his group opposes the heritage river designation. They don’t want anything to hamper the possible development of mining.

He pointed to the fact that companies are exploring for both uranium and gold, and significant finds could result in mines. The government of Nunavut is taking a cautious approach, stalling for more time and more studies. Mr. Montieth said that the government will not do anything unless the communities in the region are in agreement.