The idea of separating Ladakh from the rest of India’s state of Jammu and Kashmir, simmering for many years, got a renewed boost last week. On Monday, March 3, the Jammu and Kashmir Legislative Council, the upper chamber of the state legislature, passed a resolution calling for the creation of a Union Territory for Ladakh, which would have the effect of separating it from the rest of the state. 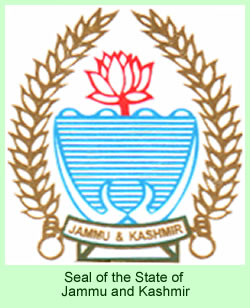 The resolution was introduced by a Council member from Ladakh, Nurboo Gialchan. He argued that the Ladakhis sought to separate from the much more populous regions of the state because of the inconvenience of maintaining ties to the distant Kashmir valley. “This kind of distance is the biggest hurdle in development in our region,” he said.

Gialchan added that the region he represents has always been underdeveloped and neglected. He added, “people face problems because of larger distances between Kashmir and Ladakh. We remain cut off from rest of the Kashmir division for six months.” The deep snows of winter close the main highway from the lowlands up through the mountains to Ladakh each winter.

Ladakhis have been demanding political separation from the state for decades, Gialchan said, and it was now time to give Ladakh its separate status. Agha Syed Ali Rizvi, another legislator from Ladakh, seconded the resolution, which, not surprisingly, the state government itself opposed.

Ajay Sadhotra, Minister of Planning and Development for the state, told the Legislative Council that there was no need to separate Ladakh from the rest of Jammu and Kashmir. “Ladakh is on the path of progress and development. All three regions of the state are getting equal shares of development,” he said.

However, Gialchan refused to withdraw his resolution, despite the government’s opposition, and it was approved by the council five votes to four. The Deputy Chairman of the Legislative Council, Ajatshatru Singh, declared that the resolution had been adopted.

Ladakh is physically quite large, with 117,000 sq. km., three-fifths of the total area of Jammu and Kashmir, though it has a population of only 280,000 people, about 3 percent of the state. Part of their reason for wanting to become a Union Territory is to separate from the political strife and separatist agitations of some of the Kashmiris. They have also felt discrimination from the people of Kashmir, who dominate the state government.

But Gialchan framed his resolution in a more neutral fashion. “This august House resolves that in order to provide proper administration control over the largest region of Jammu and Kashmir, a separate Ladakh division may be created,” he said in moving the resolution.

In October 2005, the people of Ladakh voted out the Congress Party from its political control over the Ladakh Autonomous Hill Development Council, the regional administrative and legislative body, and voted in to replace them the Ladakh Union Territory Front. The primary demand of the LUTF was that Ladakh should become a Union Territory in India. The party was founded in 2002 with that basic agenda.

The reasons for the growth of the LUTF, at least through 2005, were feelings of disenchantment with agitations emanating from the Kashmir Valley. Many Ladakhis do not want to get dragged into conflicts between warring factions.

An independent Union Territory has a lot of appeal to them, though the government of India has opposed the idea since it appears to be based on religious grounds and India has tried to avoid allowing political divisions to form because of religion. However, the popularity of LUTF as a political party faded, it was subsequently folded into the Bhartiya Janata Pary (BJP), which was then defeated at the polls in Ladakh in 2010.

It is evident from the news last week that the idea of political separation from the state and its many problems is still popular in Ladakh. However, it is not clear from the various news reports if the measure has any chance of being passed by the Legislative Assembly, the lower house of the state legislature, much less of being approved by the state governor or officials in New Delhi. But it is a straw in the wind.