Republican leaders in Pennsylvania are hoping that the Amish of Lancaster County will strongly support Donald Trump in the U.S. presidential election this coming November. An interesting news story last week in PennLive.com, an online companion to The Patriot-News from Harrisburg, reviewed the history of conservative voting by the Amish—when they decide to vote, that is.

The journalist writing for PennLive, Colin Deppen, focused particularly on the 2004 election in the state and the relationship between the Amish and Republican strategies that year. The basic issue? The polls showed that Pennsylvania, a large and perhaps key state in the presidential re-election efforts of George W. Bush, was almost evenly divided between the president and Senator John Kerry, his Democratic opponent.

The Amish in Lancaster County, known for their conservative views, might help tip the state into the Republican side. After all, a few hundred votes in Florida had gained the White House for Bush in 2000, so Amish voters, potentially over 10,000 of them, could not be discounted.

During the fall campaign in 2004, Bush visited the Amish communities on several occasions. His low key, folksy, aw shucks style of relating to people, and his frequent references to God in his personal conversations with Amish leaders, appealed to many.

Mr. Deppen makes it clear, however, that the Amish did have qualms about the wars that Bush had led the nation into. How could they vote for the Commander-in-Chief of the U.S. military forces, a president who strongly believed in fighting wars as an instrument of state policy, yet themselves refuse to participate in warfare and interpersonal violence? Wasn’t it hypocritical for them to reject fighting, yet to vote for a war president?

On the other hand, Bush articulated conservative values that the Amish could easily relate to, in contrast to more liberal Democrats such as Senator Kerry, who might accept views on abortion and same-sex marriages that they couldn’t deal with. Bush held values that matched their own, Republicans told the Amish. While the Plain People had always tended to separate themselves from concerns about the affairs of the larger society and had generally abstained from voting, Republicans in Lancaster County emphasized to them that they could no longer separate themselves from the critical social and moral issues of the day.

A Republican operative in the county named Chet Beiler led efforts by members of his party to stir up Amish interest in voting. They visited people in their homes and businesses. They established voter registration booths at auctions, fairs, and other places where the Amish would gather in the county that fall.

In the end, however, the drive to register and get out the Amish vote in the county was largely a failure. It gained considerable national attention, but out of those roughly 10,350 potential Amish voters in Lancaster County, only 1,342 actually voted, according to Mr. Deppen. Though most if not all of them probably voted for Bush, the results of all that effort did not pan out. Nonetheless, the president did pay gracious return visits to Lancaster County.

PennLive discussed a journal article analyzing this subject (and reviewed in this website) by Donald Kraybill and Kyle C. Kopko entitled “Bush Fever: Amish and Old Order Mennonites in the 2004 Presidential Election.”

Mr. Deppen questioned Prof. Kraybill about the 2004 election, Amish preferences for the values of the Republican Party, and the likelihood that they will support Trump in 2016. “With Republican leanings, it’s very unlikely that many if any would support Clinton,” Kraybill told the reporter. He also said that he doubted they would have much enthusiasm for Mr. Trump, though he admitted he was just guessing, and had not yet discussed the issue with Amish people themselves. 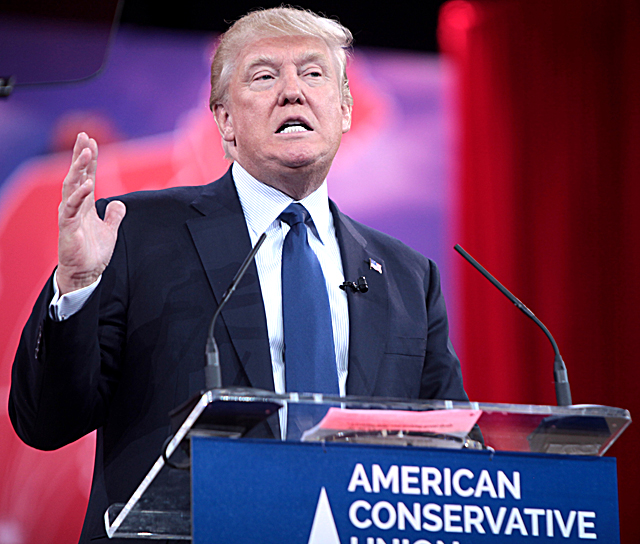 Kraybill said that, although the Amish do respect business people who are successful, Trump’s tendency to be boastful is antithetical to their belief in humility. Nonetheless, a Super PAC has been set up to arouse the Amish to support Trump in November. The Amish vote might be critical once again, particularly because of the size of the state and the fact that polls now show that Trump and Mrs. Clinton are neck-and-neck.

Although the billionaire is ostentatious and has been married three times—values that may repel the Amish—the political action committee is set to spend some money on getting out the Amish vote. However, the journal article by Kraybill and Kopko does make it clear that all the publicity in the fall of 2004 may have prompted a backlash among Amish voters, prompting them to rethink their support for the war president. In essence, the activities of the political operatives,  particularly  the publicity, may have kept the Amish away from the polls, a factor that the Penn Live article does not mention.

But perhaps the most interesting question of all is how the Amish will balance out conflicts between their peaceful social and moral values and the attributes of conservative candidates that may be less than appealing to them.