Jean Briggs (1994) argued that when the Inuit teach their children to be cautious and uncertain about the intentions of others, it instills insecurity in them and, at the same time, it reinforces their peacefulness. An essential aspect of their worldview is that uncertainty about the feelings of others makes one constantly strive to deserve their love and support. 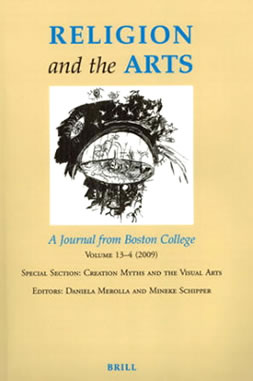 Uncertainty is an important aspect of an Inuit myth about a woman, often thought of as a goddess, who lives at the bottom of the sea. A recent journal article by Jarich Oosten and Frédéric Laugrand in the journal Religion and Arts describes the many variants and characteristics of the myth as it is told among the Inuit. The article maintains that the representations of the sea woman, called “Sedna” in many versions, point to an artistic vision of Inuit uncertainty.

Though the name Sedna is not universally recognized among the Inuit, many share the belief that a sea woman can have a major influence on the abundance of hunt-able marine mammals. The authors prefer to call her “The Sea Woman,” out of respect for the diversity of beliefs about her.

Sedna, in most of the tales, was a young woman who was overly choosy about the man she would marry. She rejected human suitors and even, in one version, a man with a forehead topknot who turned out to be a bull caribou. Sedna’s father became angry with her choosiness and told her to go off and live with a dog—which she did, on an island. She mated with the dog. When they ran out of things to eat, she put a pack on the dog, her husband, and sent him back to her father for more food. After some time, she gave birth to pups.

But that meant that they ran out of food more often than before, so Sedna’s father became suspicious and went to the island in his qajaq, his skin kayak, to investigate. He was angry to discover that he had a raft of puppies for grandchildren. The next time the dog/husband came to fetch food, the father filled his pack with rocks, which caused him to sink into the sea. But then, the father had to take food to his daughter and grand-puppies himself. In revenge for the murder of her husband, Sedna told her children to chew apart his qajaq. He then had to remain on their island and be the provider.

When her puppies became older, she prepared to send them away, in three separate groups. One group went south to become ancestors of Indians. Another group became the qallunaat, the outsiders, the white people. The third group became ijirait, people who are not seen except as caribou. With the dogs all gone, Sedna again started seeing visiting suitors and rejecting them until a tall man appeared who seemed to be very handsome. Sedna agreed to marry him and went off with him to his island. But when he climbed out of his clothing and took off his goggles, he turned out to be a fulmar. He mistreated her.

Her father came to rescue her and they fled from the island in his boat. Fulmar discovered the absence of his wife and caused huge waves, which threatened to overturn them. In desperation, the father threw Sedna overboard. When she tried to grab the sides of the boat and climb back in, he chopped off her fingers, which turned into various sea mammals. Sedna, or Sea Woman, lives in a house at the bottom of the sea, the mistress of her domain.

Whenever Sedna gets angry with humans, she withholds the marine mammals from the human environment. When that happens, a shaman will have to travel to Sedna’s house to properly clean her hair. She has no fingers to do the job herself. If done properly, she may then allow the marine mammals to return so they can be hunted again.

The authors describe some of the variations of the myth. In some, for instance, Sedna comes to the surface of the sea when called by a shaman; in others, her house at the bottom of the ocean is described in different ways; others give different descriptions of the dangers the shamans face when they visit Sedna. In one variation, a shaman harpoons Sedna when she appears at a breathing hole, and she quickly retreats in anger. The amount of blood on the harpoon suggests the success of the coming hunt. Sedna is clearly not your garden-variety goddess. In fact, the authors indicate, the very term “goddess” is hardly appropriate for her.

The focus of the article is on representations of the sea woman in Inuit carvings, an issue the same two authors touched on in an article published in 2008. They maintain that the artistic representations of the myth all across the Arctic combine animal and human features in the same objects. Often, the carvings depict a human with the tail of a fish, or an animal with a human head. In most of the carvings, the sea woman combines animal and human parts, with the upper part usually being human. These figures may represent Sedna herself or one of the other mythological spirits that accompany her in the sea world.

The authors argue that these carvings merge the shifting boundaries between animal and human, changes that represent the loss of human social nature. The distinctions between human beings and animals collapse in the non-social, timeless world of the sea.

Oosten and Laugrand also maintain that the art objects should not be viewed as symbols of a mythological past. Instead, the objects represent what they term a “living tradition” (p.492), which depicts the Inuit views of the present and the past. Distinctions between the different categories of non-human beings aren’t clear to the Inuit. Many transformations and transitions are constantly occurring in a world that is neither permanent nor fixed.

The carvings thus show how people can never be certain of their own true form, or even of their own existence. The uncertainty argument of Oosten and Laugrand circles the reader back to the reasoning of Briggs and to the ways the Inuit promote nonviolence in their communities.