Witchcraft and traditional healing, long associated with the Fipa people of Tanzania despite their conversion to Catholicism over one hundred years ago, continue to intrigue other Tanzanians, and outside observers. Several police reports last week from the Rukwa Region of southwestern Tanzania, the traditional territory of the Fipa people, concerned the practice of witchcraft and one of its evil corollaries, the purchase and sale of albino people.

The first story early last week described the kidnapping of a three-year old albino boy, Juma Kapela, from the village of Itunya, in the Mpanda District of the Rukwa Region, along the shore of Lake Tanganyika. To judge by older news stories about the kidnapping of albinos in Tanzania, many people in that country believe that albino body parts can bring good luck. Albinos are captured, murdered, and their blood, hair, and limbs sold for their value as charms.

Juma was playing with friends and his five-year old sister, also an albino, with no adults providing supervision. An unknown person approached the kids, called Juma over, and when he responded, the suspect grabbed the child and fled with him. The other children went on playing. 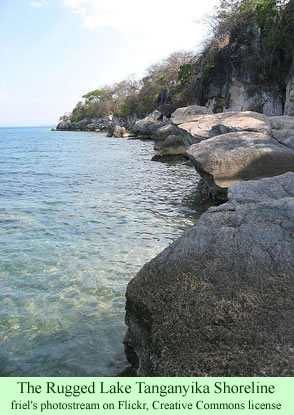 That evening, when the parents returned and asked about their son, the story came out and they notified village elders, who then called the police. The police have been looking for the child in the fishing villages along the lakeshore, so far without success. Much of their searching has been on foot or by boat, since many of the villages are not connected by roads along the rugged lake shoreline.

A few days later, in an apparently unrelated incident in the Mpanda District, a couple suspected of practicing witchcraft were murdered by a mob late at night in their home. With circumstances reminiscent of an incident last April, the couple had been suspected for a long time by their neighbors of bewitching pregnant women in order to kill their unborn babies. They also, apparently, were suspected of killing small children.

The couple, Henchi Mponya, a 45 year old man and his 38 year old wife, Kangwa Nzemo, were asleep in their home in Intenka village, Mpanda District, late Tuesday night when a mob quietly broke into their home. They hacked the man to death with crude weapons and then turned on his wife. The attackers disappeared without a trace. The police have launched an investigation, but no one has been apprehended for the crime.

A news story on Friday provides a sense of hope, at least for the children in the region who are kidnapped for their body parts. The Mpanda District Council announced that it is building a primary school exclusively for albino children.

Ms. Naomi Nko, the Acting District Executive Director, told the press on February 25, “We have already started constructing the primary school and the work will go hand in hand with the construction of a hostel to accommodate the children.” She said the school will provide a friendly, safe environment for the albino children to learn and play. She expects to have it completed by July this year.

The Citizen, a newspaper from Dar es Salaam, the capital of Tanzania, wrapping up the witchcraft news of the week, editorialized on Saturday that most citizens of their country are either religious Muslims or Christians. The belief or practice of witchcraft is puzzling, irrational, and foolish, the newspaper argued. The paper decried beliefs that attribute supernatural powers to extraordinary events. It opposed the idea that diseases, poverty, failures, accidents, infertility, and other unfortunate occurrences are caused by sorcery.

The paper lashed out at the practice of witchcraft, which appears to be endemic throughout the country and not just a continuing tradition in the Fipa territory. The editorial concluded, “Superstition-fuelled atrocities and human rights abuses such [as] killings of aged women in rural areas [for example, the murder last April], female genital mutilation, and the slaughter of albinos are clear testimony to the deeply rooted ignorance of the population and the ineffectiveness of leadership. For how long will this country let the irrational belief in witchcraft hold the people’s minds hostage?”

The next day, this past Sunday, the same paper published a news story describing a scientific report about superstitious beliefs in Tanzania and in the rest of Sub-Saharan Africa. It analyzed the Pew-Templeton Global Religious Futures Project report, which described a survey of people in 19 countries south of the Sahara, including Tanzania, between December 2008 and April 2009.

Tanzanians, according to the study report, are among the most devout people in Africa, but they also strongly believe in traditional healing, witchcraft, reincarnation, evil sprits, and ancestor sacrifices. The report, titled “Tolerance and Tension: Islam and Christianity in Sub-Saharan Africa,” characterized the people of Tanzania as the most superstitious in East Africa, and the third most superstitious in the entire sample, following only Senegal and Mali.

Sixty percent of the people of Tanzania told the investigators that they consult traditional healers when confronted with sicknesses in their homes. The survey included 907 Christians and 539 Muslims in Tanzania.

A Muslim cleric, Sheikh Ponda Issa Ponda, told The Citizen on Sunday that he agreed with the results of the survey, as did numerous others the paper interviewed. He said, “the findings that both Christians and Muslims [practice] their religions alongside witchcraft to a great extent has some truth in it. We have many Christians and Muslims mixing religions and witchcraft.”

A Christian clergyman, Reverend Christopher Mtikila, doubted the figures reported by the survey but he agreed with the overall findings—that traditional beliefs persist. He blames them on the failure of Christian teaching practices. People attend church for material reasons, not for spiritual nourishment, he thinks.

A cultural anthropologist who did not want to be named told the paper that Africans tend to cling to their traditional religious beliefs, as well as to their Christian or Muslim faith. He said that leaders of the major religions should do a better job of incorporating the traditional practices into their worship, without necessarily compromising their core beliefs.