A brief journal article published last year describes the ways the Lepchas have attempted to maintain their traditions despite outside domination and internal religious divisions, issues they are beginning to overcome. The article, by Rip Roshina Gowloog, was published in the journal Studies of Tribes and Tribals and is freely available on the Internet. 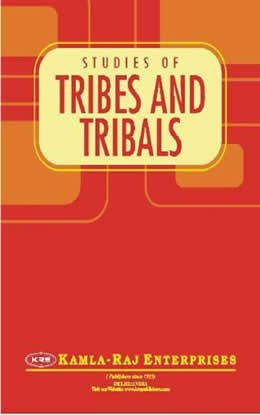 Gowloog begins by describing Gorer’s study (1967) of the Lepchas as “perhaps one of the most authoritative of all” the earlier works on the society (p.20). She writes that while Gorer exhibited some of the biases toward Lepcha religious beliefs that were characteristic of European anthropologists of the time, they do not necessarily lessen the value of his observations.

She singles out Gorer’s discomfort with the Lepcha way of practicing two, and sometimes three, mutually contradictory faiths at the same time. The author does not see the acceptance of different faiths simultaneously, at least from the Lepcha perspective, as particularly contradictory, and she attempts to explain why. The difference is that Europeans conceive of religious beliefs in a comparative, hierarchical fashion, while the Lepchas view faith from a more holistic perspective.

Gowloog argues that the Lepcha belief systems cannot always be understood in rationalistic terms. They worship a variety of deities simply because they have always done so. They believe that the happiness of the gods and goddesses is essential for preserving the health of communities, cattle, and crops. It is not important for them to explain why they worship as they do. Even asking them why they believe what they do is, in their view, irrational.

The author points out that the Lepcha religion is a mixture of the pre-Buddhist Bon faith and the Buddhism that the Bhuttias brought with them from Tibet when they conquered Sikkim hundreds of years ago. The Lepchas never completely identified with Tibetan Lamaism for several reasons. One is that the Buddhist scriptures are written in the Tibetan language, and the Lepchas have their own script. Another is the fact that the new faith—Buddhism—was identified with the Tibetans, who had conquered them and installed their first king in 1641.

Lepchas believe that their ancestors descended from seven brothers who lived in seven separate huts in heaven. Each was a deity guarding a different crop. Those deities wore traditional Lepcha clothing; they had goiters similar to those that bother the Lepchas today—caused by a lack of iodine in the water. Muns, the female priestesses, and Bongthings, the male priests, Gowloog writes, still practice in contemporary Lepcha communities. This demonstrates that the predominating Buddhism and the pre-existing Bon faith continue to coexist.

Christianity further complicates the religious landscape of Lepcha communities, though it did not take hold during the British administration of India and Sikkim. Christians, in fact, represent a more recent minority group.

Since the Lepchas form only a small minority in Sikkim and Darjeeling, their religious identifications provide important markers of their identity. Attempts to unite them as Lepchas have conflicted with their own identities as Buddhists or as Christians. The latter, the Christians, have exhibited feelings of superiority over the people who identify as Buddhists. To this day, this cleavage hampers those who strive to preserve an overall sense of Lepcha cultural identity.

Gowloog points out that the Buddhist-Christian divide, noticeable in the Darjeeling area of India, is not as prevalent in Sikkim since outsiders have been prohibited from living in, and to some extent even hampered from entering, the Dzongu Reserve. In that more or less closed section of north central Sikkim, Lepchas have cherished their own religious beliefs without being much influenced by Christians or Hindus. In essence, Sikkim has been more closed off to outside influences and westernization than the Darjeeling area of India’s West Bengal state.

Several factors have been promoting a Lepcha consciousness. The Lepcha Association attempted to build ethnic identity by focusing the attention of the people on their own language during the 1971 census of India. They visited villages and urged the people to declare on the census forms that their native language was Lepcha rather than Nepali.

The use of the Lepcha language has not diminished in Sikkim, primarily since the government has recognized it as one of the four official languages of the state. However, Lepchas living in Darjeeling have lacked an official imprimatur of their language.

The author indicates that the divide between Buddhist and Christian Lepchas seems to have begun dissipating over the past 20 years or so. Attitudes of the Buddhist Lepchas toward the Christians are softening, and the Christians are reaffirming their Lepcha identity by participating in traditional events and games, and by wearing traditional clothing during festivals along with their Buddhist colleagues.

Another heartening development is the growing sense of solidarity between Lepchas in Sikkim and those in Darjeeling. Hundreds in Darjeeling attempted to march into Sikkim to show their support for their brethren to the north, who are facing the construction of hydropower dams in the Teesta River basin. Some continue that support through Internet social media.

Concluding her review, the author indicates that she has hope for the future of the Lepcha people. She urges them to strengthen the process of dialog in the face of challenges, especially in the state of West Bengal where the Gorkha movement is tending to marginalize them. The fact that they are overcoming their religious and geographical divisions “has brought a new hope in the Lepcha community (p.23).”