Douglas Fry asks, rhetorically, if it is possible to learn anything from societies that do not go to war, and he answers that we could learn how to foster peace in the world. He is too keen an anthropologist to state, prescriptively, that this or that approach will prevent war. But the information he provides in a recent journal article about peace systems gives a lot of good insights about avoiding warfare. 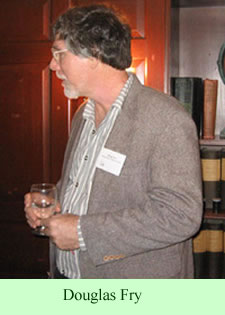 His basic argument is that other societies can provide useful mirrors so we can reflect on our own ways of doing things. This is particularly true of societies that do not fight wars with neighboring peoples. He calls them “peace systems.” He cites seven peace systems from the literature and carefully describes three.

He wants to find out how peaceful relationships among societies can be developed and warfare prevented. Is it possible for nations to nonviolently resolve their conflicts? He points out that several societies are now peaceful which were, in the past, known for their violence, facts which support his argument that most nation states could also become nonwarring.

Fry cites broadly-conceived anthropological studies that have shown that peaceful societies, and peace systems, exist here and there around the world. The very existence of these peace systems should undercut the argument about the essentiality of “man’s” basic killer instinct, “his” inevitable need to make wars on neighboring societies. On the contrary, war is not inevitable.

The author examines three peace systems in some detail. First, he looks at the harmonious social interrelationships among the Indian tribes living in the Upper Xingu River valley in Brazil. These societies do not speak the same languages, but they have cherished, for hundreds of years, the idea that they do not go to war with one another, though they do, at times, practice witchcraft violence.

The Xinguanos have a number of mechanisms that prevent wars from breaking out. One is that each tribe has developed its own skills, and trades its specialized goods to the others. The Waurá, for instance, are the only potters, a skill that the other tribes acknowledge and respect. The social relations of the Xinguanos are thus based, in part, on mutual appreciation for the craft-making skills of the others.

Furthermore, around 30 to 35 percent of the adults in each tribe are married to outsiders, a practice which helps maintain their peace system. The Xinguanos foster a ceremonial interdependence through dancing, singing, and wrestling together to build a common identity to the larger social system. Finally, they share values that oppose war. People gain no prestige from warfare—they do not valorize warrior figures. Peace, in these societies, is moral, while violence is amoral.

The second peace system that Fry describes is aboriginal Australia. He admits that the pre-European contact Aborigines experienced feuding, violence, and murders, but they rarely engaged in warfare. He defines warfare as “armed combat between political communities,” a definition proposed by an earlier researcher. Inter-group hostilities among the Aborigines were normally carried out through symbolic displays of aggression rather than warfare.

In the Western Desert, the Mardu people, for instance, had so few natural resources, it only made sense for them to stress overlapping territorial boundaries and the peaceful, open movements of peoples. That way, individual groups would survive local famines and droughts. The Mardu, not surprisingly, have no words for “warfare” or “feud” and they don’t go to war with their neighbors. Like the Xinguanos, the Aborigines share cultural, social, and kinship ties to help cement their peace system. Furthermore, their belief systems, based on their shared origins in the Dreamtime, help to prevent wars of territorial aggression.

Fry defines the European Union as a third peace system, an intriguing concept in that the other systems he mentions are all described in the ethnographic literature. But he makes a strong case for this assertion. The post-war leaders of Western Europe deliberately created a peace system after the devastation of two world wars. The “founding fathers of Europe,” as he calls them, viewed the new Europe as a system of states that would explicitly avoid war by suppressing the causes of warfare. These founding fathers promoted gradual economic integration in Western Europe as a way to build peace. They played down nationalism without necessarily eliminating it, and hoped to build integration in other areas of European life.

Thirdly, Fry describes the way each peace system features mechanisms for resolving disputes nonviolently. In the European Union, for instance, the European Commission takes a formal role in persuading member states to resolve disputes, and the European Court of Justice exists as a further level for defusing international issues. Finally, Fry argues that the values, beliefs, and attitudes among the peoples in the peace systems are extremely important for inhibiting the acceptance of war. The Upper Xingu tribes strongly oppose warfare and violence. The way the Aborigines link their societies in the Dreamtime helps mitigate against warfare. In Europe, the horrors of two world wars contribute to their “never again” beliefs.

Fry does not argue that there is one best way to build peace among peoples. But the existence of the three systems he describes does support his conclusion that building more international peace may not be as difficult as people frequently believe.

The reference list at the end of the article is comprehensive. The only problem with this otherwise excellent, enlightening, essay is that the new journal in which it was published, the Journal of Aggression, Conflict and Peace Research, is, as yet, received by very few libraries. Readers intrigued by Fry’s scholarship may wish to try and persuade their nearest libraries to purchase subscriptions—and buy the back issues from the publisher so that Fry’s article in volume one will be on the shelves. Or, individuals can purchase their own personal subscriptions—or single articles. To judge by Fry’s work, the journal is certainly worth it.