Early September is a time of rapid change and growth for little children entering the scary world of kindergarten, older youngsters sauntering into high school, and young adults beginning their careers at colleges and universities. These challenges are especially hard for young people who have to leave small, native communities and move to large campuses, where languages and customs can be difficult, foreign, and intimidating. It’s known as culture shock. 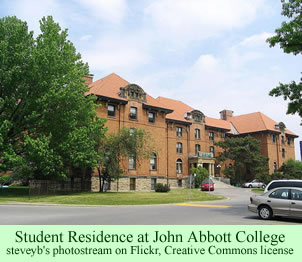 The Inuit of the Canadian Arctic, according to a news story on Saturday, face these kinds of difficulties when they head south to urban Canada to attend institutions of higher learning. A reporter interviewed Melissa Ruston, an Inuit student from Kuuijuaq, who is completing her last semester at John Abbott College in Ste-Anne-de-Bellevue, part of metropolitan Montreal.

Ms. Ruston expressed enthusiasm for her courses, and she is preparing for graduate work ahead. She told the reporter how difficult it was to move from a small Inuit community of 2,000 people, where everyone knows each other, to a campus with three times as many people, where no one looks another in the eye. She described the difficulties of speaking in a different language, and life in a major city environment. She herself was well prepared for the transition, but others she knows had more difficulties and dropped out to return home.

Ruston herself does not drink, but she feels that the ready availability of alcohol is a distraction to many students from the aboriginal communities in the north, where, in her experience, alcohol is much more limited. A first year Inuit student at the college, Anna Kristensen, said she had academic problems at first, but she changed some courses and now she is doing much better. She was one of four high school graduates from the town of Kangiqsujuaq to come to John Abbott last month, and now she is the only one left. The transition has been hard for her, but she sounds determined to succeed.

Louise Legault, coordinator of the college’s Aboriginal Resource Centre, is responsible for helping ease the transition of aboriginal students into college life. She feels the campus is already quite multicultural, so the newcomers can blend in, or stand out, as much as they wish.