A news report last Friday indicated that living conditions in some remote, peaceful Piaroa villages visited by a medical team recently are deteriorating.

A medical group from the University of Carabobo, in Valencia, Venezuela, visited a couple Piaroa communities in August and found that some of the people had tuberculosis and parasite infections. Others were severely malnourished. Dr. Jesus Rodriguez, a pulmonologist, accompanied by three nurses and a psychologist, visited the Piaroa villages, particularly Caño Piedra, to do an overall health assessment.

The medical team had to travel by river for three days, then overland to get to the remote communities. They found children with yellow hair, an indicator of malnutrition. They confirmed that five individuals had TB and two others were probably infected with it, according to Dr. Rodriguez. 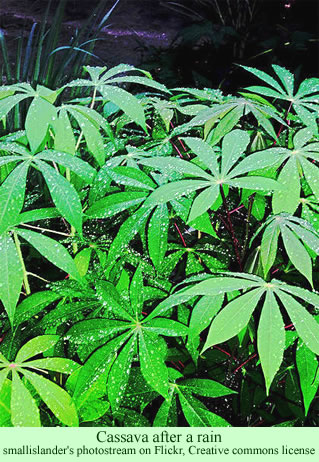 The news story suggested that the Piaroa diet of cassava, fruits, crickets, and giant spiders may contribute to the problems. The doctor said that the Piaroa rarely hunt or eat fish. He noted that an Integrated Diagnostic Center (Centro Diagnóstico Integral), part of the national health system, had been serving the village for four years and he told the people about it.

Rodriguez indicated that he hoped to return to the area again with food to help the starving people. He plans to bring more medicines and diagnostic devices on his next visit.

While the actual health assessments are doubtless true, some of the statements in the article about the reasons for the problems are puzzling. The Piaroa have been subsisting on cassava roots for many generations, as do people in tropical regions worldwide. Cultivating cassava, or manioc, provides an extremely important social symbol for Piaroa women.

If Doctor Rodriguez believes that the Piaroa rarely hunt or fish, his observation is contradicted by published scholarship. In one article, Germán Freire (2007) described the diet of the Piaroa in the Cataniapo River valley, a community near Puerto Ayacucho, in very different terms. Freire wrote that “hunting, fishing, and gathering are seen as more acceptable and enjoyable ways of providing meat to the family [than raising livestock].” He continued that “all research on food consumption and health carried out in the area confirms that game and wild/feral products are abundant in Piaroa territory, even around peripheral communities.” Freire cites five other research reports to back up his statements.

While there is no reason to question the doctor’s assessment of the conditions in the communities his team visited, his assumptions about the causes of the problems need to be considered in the light of other research.