The New Straits Times, an English language newspaper from Malaysia, sent a journalist to the Semai village of Pos Betau in the Cameron Highlands last week to report on her impressions. As so often happens when people leave the comforts of urban life and venture into a remote area, the journalist was struck by the absence of good electronic communications. 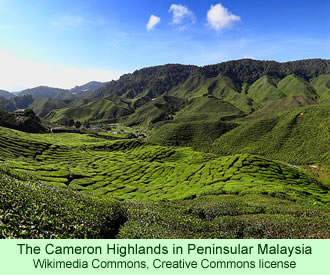 The Cameron Highlands is a mountainous plateau region of Pahang State that was established as a hill station by the British nearly 100 years ago. In areas such as Pos Betau, communicating with the outside world by telephone or the Internet is not always easy. The service for both in that village is minimal, residents told the reporter, but the people often preferred to communicate face to face anyway.

Punitha Kumar, the journalist, spoke with a man who said that Internet access is possible in the village at the state-run primary school, while only certain pockets in the community have phone service. The head of the village, Ahmad Selalu, told the reporter that he hopes the state government will improve the telephone system.

Mr. Selalu said that when villagers tried to place calls on their mobile phones, they had to wait five seconds after they made a comment before the party they were speaking with could hear it and respond. He hoped that the government would rectify the problem. He added, however, that the people were content with their own company, with playing outdoor games, and with live music.