Last week, The Star from Malaysia published a news story about the rights to forest lands claimed by the Semai and the other Orang Asli societies in that country. The indigenous peoples believe that they have the right to communal ownership of the forested lands on which they have traditionally hunted, fished, gathered produce, practiced shifting cultivation, and buried their dead. In contrast, the government has insisted that the Orang Asli only have the right to land that they live on and that they actually use for permanent agriculture. 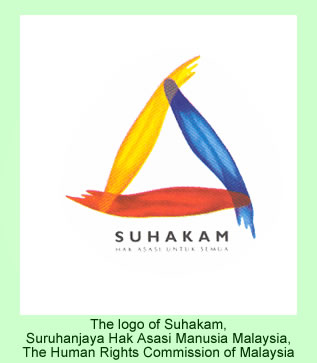 The issue is in the news once again, according to The Star, because the national cabinet is expected to make a decision in a week or two about implementing a report. Evidently, the Human Rights Commission of Malaysia, known in that country by its local acronym as Suhakam, conducted extensive hearings and issued a document in 2013 entitled “Report of the National Inquiry into the Land Rights of Indigenous People.”

According to a news report from 2013, the Sukaham agency took 18 months to complete a nationwide series of hearings. Its report includes 18 recommendations related to customary land rights. Datuk Paul Low, a minister in the Prime Minister’s Department, received the Sukaham report on August 7, 2013, and said that it would be carefully reviewed by a wide range of stakeholders, agencies, and ministries. “There will be no specific timeframe for the review as it contains a great deal of recommendations. These will be brought to the attention of the parties involved to facilitate the best interests of Orang Asli,” he said.

The indigenous individuals quoted by that news story expressed eagerness to have the report approved. However, the government reacted by appointing a national task force to review the recommendations. The task force was to be chaired by Dr. Mohd Tap Salleh, the President of the Malaysian Institute of Integrity.

Last week, the Task Force issued its recommendations, according to The Star, and Paul Low indicated it is now up to the cabinet to take action. The thrust of the current news story is to quote a variety of expert opinions about the issues related to indigenous land rights. Among them, Dr. Juli Edo, himself a Semai, was quoted at length in the news report. Edo is an associate professor at the Universiti Malaya Centre for Malaysian Indigenous Studies.

One issue that concerns the Semai, and the rest of the Orang Asli peoples, he said, is that the indigenous peoples claim their land includes the communal forests on which they have their hunting areas but the government is reluctant to let go of forestlands. Another issue, according to Edo, is that the Orang Asli have been offered 0.8 ha to 2.2 ha of land per household, while another government program designed to distribute land to landless Malays, called the Felda scheme, has offered those people 4.0 ha of land per household. Edo emphasized that the forestland includes sites sacred to the indigenous people, and it is essential for them to retain it to preserve their social history and culture.

Dr. Colin Nicholas, Coordinator of the Centre for Orang Asli Concerns, said that a major issue for the indigenous societies concerns the invasions by outsiders into Orang Asli villages. He named several Batek communities where individual Malays had applied for lands and then been allowed to settle in their villages. He indicated that the Orang Asli normally flee when other people take their lands, but sometimes, when they have nowhere else to go, they will take a stand and fight. He didn’t say which of their societies would resist such aggressive actions.

But The Star reports that when a private company invaded the traditional lands of Kampung Senta, a Semai community in Perak state, the Semai resisted. The company took the Semai to court, suing them for trespass, since it had deeds to prove their own ownership of the Semai property. The Semai countersued in court, claiming 2,206 ha of traditional lands under the right of common law and customary title. That Semai community is evidently unwilling to flee, as others might have done.

Dr. Edo concludes by urging the government to declare all the remaining forest lands claimed by the Orang Asli as theirs under the provisions of the Aboriginal Peoples Act. “When the area is reserved, it’ll be marked on the map. Otherwise, people will just apply for the land because it is unmarked,” Edo said.