The Nubians of Egypt continue to press for a return to their ancient homeland along the Nile as a solution to their yearnings for stability, prosperity, and peaceful village relations. Most of them were forced to leave their communities in southern Egypt and northern Sudan in 1964 when the Aswan Dam was completed. 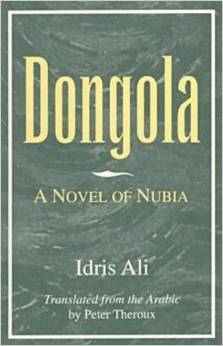 The Egyptian government at the time moved the Nubians of their country into inadequate resettlement communities called New Nubia, without much if any access to fertile fields or income opportunities. They have suffered from the traumas of the enforced exile ever since and have struggled to cope with it.

Nubian leaders met on June 13 in Aswan in an attempt to foster legislation that would lead to the establishment of their long-sought resettlement into desirable areas. According to an article last week in the Cairo Post, their leaders are getting impatient with the slow responses of the government. Ahmed Azmy, leader of the Nubian General Federation, said, “we are putting on hold all our [negotiations] with the cabinet over our resettlement. We will oppose any draft law being issued without getting back to us.”

According to the news story, Ibrahim el-Heneidy, Minister of Transitional Justice, announced at a news conference on June 2 that a unified draft law on the resettlement of the Nubians is being prepared, as requested by the cabinet. The government is required, according to the constitution passed early last year, to consult the Nubians and to take into account “the cultural and environmental patterns of the local [Nubian] community.”

This website has reported over the years on the anguish that the diaspora has caused for the Nubian people, plus the pleas and negotiations that have been attempted on their behalf. A recent journal article by Fatin Abbas picks up on these troubles by describing many scenes of alienation, violence, and despair among the Nubians in Egypt as portrayed by Idris Ali, a prominent Nubian writer, in his work Dongola: A Novel of Nubia. Abbas characterizes the novel as an effective portrayal of the discrimination that Egyptians focus on the Nubian minority in their country, but she also describes the gender violence that exists within the Nubian society itself. The two seem to parallel one another.

Abbas provides a good overview of Nubian society and its literature within the broader context of Egyptian and Arabic culture. It is essential to remember that the Nubians are quite distinct from the Arab majority of Egypt. Idris Ali makes it clear that he identifies with the Nubians, even though he writes in Arabic rather than in the Nubian language.

In essence, Ali is suggesting that the Nubians have an ambivalent attitude toward the Arab Middle East. They share the same faith, Islam, as most of the Arabs, and they are politically tied to modern Egypt—at least the ones who live within the Egyptian state. But they hold a very different sense of themselves and their identity from the Arabs. Their traditional territory in southern Egypt and northern Sudan is at the periphery of the Arab world.

Abbas argues that there are basically two periods of Nubian literature: before the closing of the dam and afterwards, when the consciousness of a diaspora began to sink in among them. The more recent tradition, which includes the works of Ali, began in the 1980s and 1990s and emphasizes a feeling of loss, of displacement, and of a catastrophe of enormous proportions. The Nubian authors of the post-dam era typically insist on the separateness of their identity as Nubians. They have been affected by the racism, bigotry, and discrimination they have experienced from Arab Egyptians.

Dongola exemplifies that marginalization and degradation, but at the same time it provides a counter-narrative that insists on the vitality of the Nubian heritage. Furthermore, the novel shows that the Nubians are not just persecuted by the police and other state actors: racist attitudes against them pervade Egyptian society, at least in this novel.

The novel describes the events in the life of Awad Shalali, his wife, Halima, and his mother, Hushia. It is organized into three sections. The first, “Separated Man,” begins in Cairo where Awad is wandering the streets a few days after he has been released from prison. He’d been arrested years before because he had opposed the regime of President Nasser. As Awad aimlessly drifts about, the narrative itself wanders between ancient history and the present, often leaving the reader unclear as to where things stand. This aimlessness reflects the essence of Awad’s challenge to the Egyptian state—and perhaps the essence of Nubian post-dam existence.

When he returns to southern Egypt, Awad is summoned by the security police. An officer demands to know his name, so Awad answers with descriptions of Nubian history. He gives the officer the name of a Nubian pharaoh who ruled Egypt during the 25th dynasty instead of his own name, subtly challenging the popular Egyptian discourse that sometimes refers to the Nubians as slaves and savages.

The second section, “The Trial of Awad Shalali,” documents the hardships that the mother of the protagonist has suffered since her son was arrested and while he travels abroad after his release from prison. Hushia is living in poverty, awaiting the return of her son to their resettlement village in New Nubia.

The last section, “The Sorrows of Hushia and Halima,” focuses mostly on the trials of Halima, abandoned by her husband while he wanders about. By this third section, Dongola has shifted entirely to a feminine perspective, effectively describing Halima’s struggles against the oppressive masculine domination of Nubian men such as her father and her husband. It suggests that Nubian women have to bear a burden of discrimination and oppression more even than men do. They are left in the villages to raise their children in poverty, dependent on inadequate remittances from husbands and fathers who are employed elsewhere.

Halima is portrayed as subject to violence in the village, much as Awad is elsewhere in Egypt. Her father throws her down, bites her, puts his hand around her neck, and threatens to beat her, or even to kill her, because she disobeys him. This violence parallels the experiences of Awad in the first section of the novel while he was in prison, and the novel makes the parallel relationships quite clear. The words and phrases used to describe the master/slave relationship of the state to the Nubians are then used to define the role of the Nubian man to the Nubian woman. She is the real victim of oppression, Assad argues, more so than her husband is. The Nubian patriarchy dominates women as much as the Egyptian state violates the Nubian people.

Jennings (2009) presents a somewhat different take on the post-dam, patriarchal Nubian society. She indicates that many Nubians resent the disregard and disrespect that they often feel they get from the Arab Egyptians. However, in the traditional Nubian village, although women were dependent on men for money, men were just as dependent on women for the upkeep and running of the home. Furthermore, the villagers considered the spheres of men and women to be roughly equal in importance, Jennings (2009) insists.