The tradition of hunting walruses in some Inuit communities, such as Igloolik and Hall Beach, remains an important, even a vibrant aspect of their culture. Desjardins (2013) points out that for millennia walruses, particularly on the perimeter of the Foxe Basin, which is on the Arctic Circle just south of Baffin Island, have provided an essential source of food, fibers, hides, and tusks. Portions of the walrus skulls would be brought back to the villages by the hunters so the ivory tusks could be removed and used. 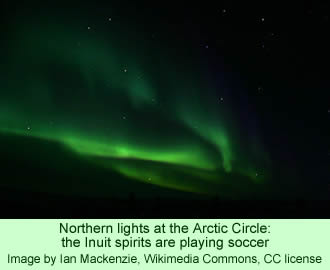 And to judge by a news report from the CBC last week, walrus skulls have also been used, at least in legends, as soccer balls. The news story indicated that two Inuit carvers are at work carving a 26-ton block of granite into a large sculpture depicting a legend of some spirits using a walrus skull as they play soccer. When it is completed, the sculpture will be on display at York University in Toronto.

The two sculptors, Kuzy Curley from Cape Dorset and Ruben Komangapik from Pond Inlet, are collaborating on the project, called “Ahqahizu.” The pair is enthusiastic about the work. “When it first came here, I thought I felt like I was dreaming,” said Mr. Curley. “I’ve been wanting to do a monument this big since I first started carving as a young boy.” He told the reporter that he normally worked with materials that are not as hard as granite and that are much smaller.

The two artists are excited about the prospect of showcasing the Inuit culture through their carving for a wider Canadian audience. Komangapik is pleased that the sculpture will be located on a major university campus. “By doing something at this scale I hope it really inspires everybody else to look more into our culture and learn,” he said.

As part of their outreach to a broader audience, the two sculptors are also mentoring high school students, teaching them the basics of Inuit carving. Curley says the result will be that they will “have knowledge of Inuit culture and heritage.” He says it has been a challenge teaching the students to carve, since he and his colleague do not draw their creations ahead of time.

Anna Hudson, the leader of the Mobilizing Inuit Cultural Heritage project and an Associate Professor at York University, says that the collaboration is part of a project that aims to center the Inuit voice on their creative works of art. The problem, she explains, is that many Inuit art works are in private hands. The goal, she says, is “creating opportunities where there is greater interaction and more knowledge and awareness of Inuit art as a vital presentation of Inuit culture.”

Visitors to the York University campus should watch for the sculpture, which the two artists expect to complete in the fall. The CBC reporter doesn’t mention the fact that a major result from the spirits playing soccer with walrus skulls is that the game creates the northern lights—at least in Inuit legend. Brekke (2008) writes that the spirits have fun with the walrus skulls “because the sun is away (p.8).” Toronto is 1,800 miles due south of the Foxe Basin, it is not as dark in the winter, and doubtless it does not experience displays of northern lights comparable to Baffin Island, but one can still imagine the spirits visiting the city and liking the granite sculpture of them having fun.