In most U.S. states, hunters are required to wear florescent orange hats and clothing, usually referred to as “blaze orange,” as protection against being accidentally shot by other hunters. The regulations vary from state to state but the requirements are generally based on the hunting season and whether hunters are carrying rifles or other types of equipment.

According to a report in the Bangor Daily News last week, some Amish people in Maine are petitioning the state to give them religious exemptions to the blaze orange requirement when they hunt. The reason: their religious beliefs prohibit them from calling attention to themselves with flashy clothing. They are seeking permission to wear less flashy red garments instead while they hunt.

The issue became public when Representative David McCrea from Fort Fairfield, a town in Aroostook County, the northern part of Maine, presented a bill to the legislature in Augusta, the state capital, which would grant the Amish their exemption. He and three young Amish men presented testimony at a hearing on the proposal.  His bill, LD 426, is important not only to the Amish living in his district but also to those in other towns around the state.

Representative McCrea explained at the hearing that the Amish simply don’t like to do anything that calls attention to themselves. They avoid being photographed. While they are not enthusiastic about wearing red while they hunt, that would be far preferable than wearing the blaze orange. The journalist reporting the story did find evidence that some Amish communities do not object to wearing the florescent orange, however, including one in Whitefield, Maine, a town that is near Augusta.

Mr. McCrea passed out a copy of a U.S. law, the Religious Freedom Restoration Act, and he argued that requiring hunters to wear the blaze orange when it violates their religious beliefs is contrary to the spirit of that federal legislation. Tim Peabody, the Deputy Commissioner from the state’s wildlife agency, the Department of Inland Fisheries and Wildlife, also testified in favor of the bill. “The department supports LD 426 as it provides visibility for a hunter and a choice for persons who have a religious opposition to wearing orange.”  The three young Amish men testified that they would not be able to pay fines for any failures to wear blaze orange, even if presented with a summons. It would violate their beliefs.

Not everyone at the hearing was supportive, however. One man, a professional guide, said that hunting as a sport is safer than downhill skiing, in large part due to the requirement to wear blaze orange. He did not agree that wearing red would be safe enough. Another guide testified that while he was neither for nor against the current bill, he would not take a client hunting who was only wearing red. A member of the committee asked the Amish present if they would be wearing the proposed red clothing only while hunting on their own land. They replied that they also hunt on the properties of other people. 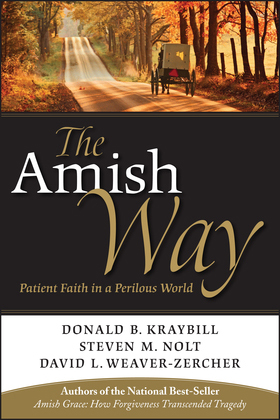 Since hunting could be seen as a violent activity, one might wonder why the Amish do, in fact, hunt. Kraybill, Nolt and Weaver-Zercher (2010) answered that question by writing that, while the Amish are strongly opposed to any violence against people, they have few problems with taking the lives of animals. Deer hunting in particular is widespread among Amish communities across North America. The Amish see it as both a recreational activity and as work: they are hunting for meat and, at least at times, protecting their gardens from being harmed by the deer when they browse.