Ms. Geetha, the leader of the Kadar community at Vazhachal, never seems to be at a loss for words. In an interview with The New Indian Express two weeks ago, she says, “We used to preserve the forests. That was how we lived. Now the government owns the forests.” She goes on to lament that the Kadar seem to have become the property of the government.

According to the reporter, Anna Binoy, Ms. Geetha is one of only two tribal village leaders in Kerala who are women. The “ooru moopathi,” as she is titled, tells Ms. Binoy the history of her community—of repeated injustices and marginalization. She says that her people were originally from Parambikulam, where they subsisted on the forest products they gathered. The reporter does not mention that Parambikulam is now a world-famous tiger reserve and wildlife sanctuary. Ms. Geetha does say that her people were forced out of their homes when the dominating peoples of Kerala decided to develop the forests and the Chalakudy River they lived along.

They moved to Peringalkuth, also located on the Chalakudy, but due to the construction of a hydroelectric dam they were soon forced to move again, downstream, to settle in another forest at Vazhachal, where the river still flowed freely. But their new village was again threatened by another dam. Their decision to contest being once again forced out of their homes has been well-reported in the news over the past dozen years. Ms. Geetha has been the leader of this last-ditch stand.

She discusses with the reporter the environmental impact assessment that didn’t even acknowledge the existence of the Kadar village located near the site of the proposed Athirappilly dam on the Chalakudy. She says that although the community was able to prove in court that the developers were wrong, “it saddened me deeply. I have since come to [realize] that there are exterior forces trying to eradicate my people.”

The Vazhachal community now consists of 69 houses containing 74 families who still do some fishing and gathering of forest products to supplement their incomes from their employment around Vazhachal as forest workers. A few of the people still cross the river and gain most of their subsistence from the products they gather in the forest. Ms. Geetha regrets that the Kadar of Vazhachal do not have titles to any lands of their own, though they do have the rights to use the forest.

The reporter writes that the 30-year-old leader is preparing the history of her community for an upcoming book, but in the meanwhile, readers can access at least part of the early history of the community—their lives in Parambikulam—in a classic ethnography by Ehrenfels (1952). The Austrian anthropologist, who was doing his fieldwork in the community in the 1940s while the Kadar still lived there, recorded an interesting incident that illustrates the peaceful way the people resolve their conflicts.

It seems as if one evening a fight broke out in Parambikulam between a woman named Velakkal and her husband, Tambi. She was sitting outside a house in the community making a lot of noise, loudly berating her husband. Everyone in the village could hear what she was complaining about. His crime, in her view, was that he had bought his two daughters from a previous marriage very nice presents: a European blouse for Kartiyayani and a piece of jewelry for Nallatangal. But he had only gotten a red chain for Matha, his daughter by Velakkal. In her view, the present he had gotten for his youngest was worthless. She berated him for over an hour, also accusing him of having an affair with another woman. 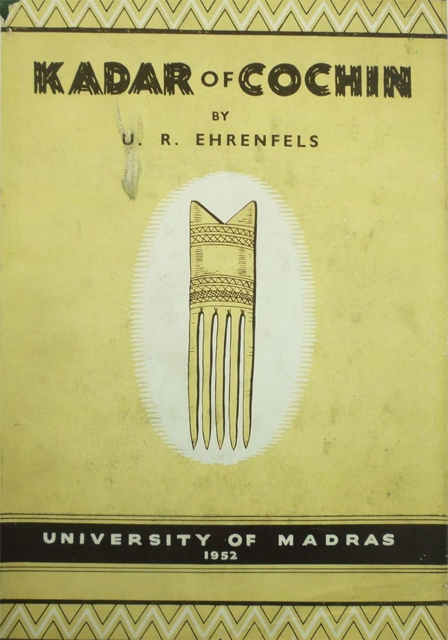 Tambi listened to all of this quietly, patiently denying her accusations. Finally, he suggested it was time to go to bed, which everyone did. In the morning, Velakkal was gone, but she had left word that she would be divorcing him for all of his faults. The real issue, Ehrenfels wrote in his book, was that circumstances had forced Tambi’s two older girls—divorced women themselves—to move in with their father and stepmother. But to make matters worse, the husbands of the two daughters had remarried the women and had recently moved in with Tambi and Velakkal.

The anthropologist made it clear that public opinion in Parambikulam was divided between those who supported the wife and her perceptions of being treated unfairly and those who supported the husband. A week after she had stormed away, Velakkal returned to the village and quietly moved back in with her husband and his extended family. The evening filled with anger of the week before was soon forgotten. But the Kadar retained their tradition of solving a conflict as Velikkal had done—by walking away from it.

Hopefully, Ms. Geetha’s book will discuss the ways the Kadar retain their peaceful traditions as carefully as it will probably discuss their growing involvement with working in the forests of Kerala. And contesting those who seek to destroy their community once again.