My wife and I live in a clearing in a Pennsylvania forest and, like most forest dwellers, we have interesting relationships with animals and birds. Take the Carolina wren family, whose antics have puzzled and charmed us for the past six months. In April, they brought their fledglings down to our porch from their nest in an out building to introduce them to us, in May one built a false nest next to a window air conditioner, and starting in June several decided to bawl me out almost weekly when I sat on the porch reading. But I’m not ashamed of my own eccentricities: I talk back to them when their invective becomes inappropriate. 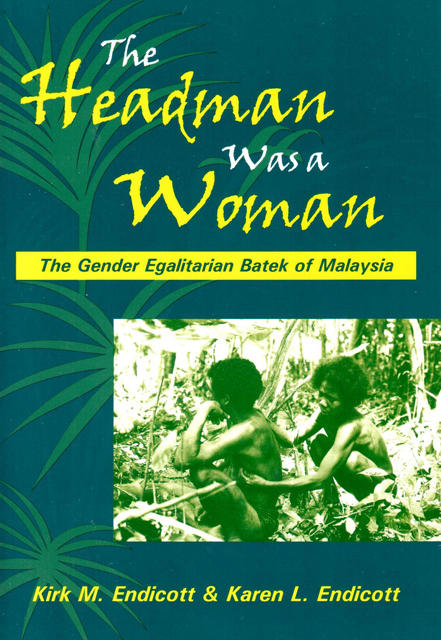 If my behavior seems eccentric when it comes to relationships with wildlife, consider some of the peaceful societies that also live in the woods. My relationships with the birds and animals that visit our house may be one of bemused tolerance, but the Batek take their interactions very seriously. They prohibit mocking behavior toward wildlife. According to Endicott and Endicott (2008), the Batek prohibition against mocking animals is enforced by the superhumans, which give force to their values.

But why do the Batek take the sensitivities of animals so seriously? An  article by ethnographer Alice Rudge published last week explains the reasons they take such a strongly negative view of laughing at animals—and why sometimes they do it anyway. Based on her fieldwork with the Batek, she points out that laughing can cause serious harm: illnesses, storms, even deaths. But at times the people get pleasure from laughing, even though it is forbidden.

She explains that to the Batek, laughing at anything you are intending to eat can be risky. You should never take the risk of laughing around fruits during the fruiting season—you could develop serious illnesses or even die as a result. Even mocking anything that is part of the fruiting season in the forest—flowers, honey, bees, other insects—is prohibited. The flowers and fruits might not appear as a result. Furthermore, laughing too loudly or too frequently might arouse the thunder spirit, who could vent furious storms on humans.

And you thought that my arguing back at the Carolina wrens is weird!

Ms. Rudge views the Batek prohibitions as a form of ethical behavior, a way for them to preserve their access to sustenance from the forest yet to show a reasonable level of respect for the non-human beings that live there also.

But sometimes the Batek do not do as they should—they laugh anyway. One night, the ethnographer was sitting up with a Batek lady, Naʔ Srimjam, presumably in or near the Taman Negara National Park, when the latter heard a frog croaking. Its calls sounded just like a person breaking wind and she couldn’t help laughing. Each time she tried to stop and tell Ms. Rudge that her laughter was prohibited, the frog resumed making its farting noises and the lady couldn’t stop laughing.

Naʔ Srimjam was clearly reveling in her forbidden laughter—wrong but impossible to stop. When she recounted the story the next day, no one felt she acted badly when she related her experience and laughed some more. Ms. Rudge, who is a Junior Research Fellow at the Institute of Advanced Studies, the University College London (UCL), concludes her essay by reflecting on the relationships of the ethics of laughter in society.

She writes, “In the Batek’s egalitarian society, where no one person has systematic authority over another, individual autonomy is paramount. This focus on autonomy is why the Batek do not punish one another for inappropriate laughter, even when it is considered wrong and risks dangerous consequences for the group such as the anger of the thunder-being. Instead, people say, it’s up to ‘them on their own’.” 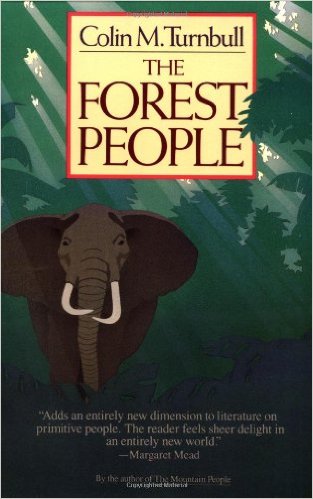 While other Orang Asli societies such as the Chewong and the Semai also condemn mocking or laughing at animals, not all forest-based peaceful societies have comparable views about wildlife. Colin Turnbull wrote in his book The Forest People (1961) that the Mbuti are cruel toward animals. They will mock an animal that they have just killed, and have singed the feathers off a bird while it is still alive.  Even though they rely on their hunting dogs, they still kick them around.

So whether an eccentric writer in the forest of Pennsylvania argues with the Carolina wrens on his porch, or the Mbuti treat some birds with cruelty, or the Batek condemn laughing at animals at the same time they laugh at them, Ms. Rudge argues that these behaviors all fit in with the much more complex ethical and social structures which order their lives. The study of peaceful societies is never simple.