A Malaysian newspaper, The Sun Daily, published a brief story last week about a young Semai woman who has become a firefighter. According to the reporter, she is the first Orang Asli woman to take such a position.

Edaziana Matoyam, a 23-year old from Tapah, in Perak state, watched the exploits of firefighters on television and heard about their heroism while she was in school and decided she wanted to become one too. She is the oldest of four siblings in her family.

She told the reporter that she found the two-week training program at the fire and rescue training complex in Alor Star to be arduous, but she persisted with it. “I am glad that I pull[ed] through,” she said. “It was tough.” She also had some problems with communications and “cultural issues.” She does not explain what they were. But she persisted, not willing to give up.

Once she finished the training program, she was posted to a station in Jitra, in Kedah. The news that a woman from an original society in Malaysia would aspire to become a firefighter and then achieve that goal prompts the question as to how such an ambition fits in with traditional Semai thinking about appropriate gender roles. 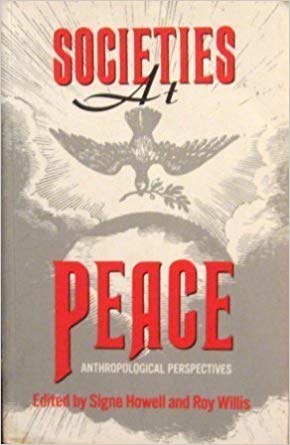 Clayton Robarchek, an anthropologist who did extensive fieldwork among the Semai more than 40 years ago, wrote an essay that appeared in the 1989 book Societies at Peace: Anthropological Perspectives, edited by Signe Howell and Roy Willis, in which he addressed the issue. He said that the Semai social structure includes a clear but not rigid division of labor between the sexes:  there are no separate ideals for women versus men, no tasks that are strictly for women or men.

Robarchek added a lot of additional useful information about the Semai in his article, such as the fact that their most important moral imperatives are food sharing and avoiding violence. Almost all gatherings open and close with statements about the unity of the band, the importance of their interdependence, and the fact that they always help one another.