Location. Over 460,000 Yanadi live in the southeastern Indian state of Andhra Pradesh. A significant Yanadi population used to be concentrated on Sriharikota Island, a barrier strip in southern Nellore District next to the Bay of Bengal, where they were repeatedly visited by anthropologists. In 1970-71, the entire population of the island, Yanadi and non-Yanadi alike, were removed so India could develop its primary space rocket launching facility there. Over half of the Yanadis still live in the Nellore district of Andhra Pradesh, but they also live in rural areas and the margins of towns in other districts, such as Chittoor, Kadapa, Krishna, and Visakhapatnam.

Economy.  The Yanadi group their small household huts into family clusters that are usually surrounded by thatch fencing, which provides privacy for each compound. Each cluster of huts will have a separate entrance from the other clusters, and the entrances all face in different directions. Scattering the clusters ensures privacy and helps prevent quarrels. The Yanadi have traditionally preferred a semi-nomadic forest subsistence of hunting, fishing, and gathering nuts, yams, and roots. Since 1970, the government of India has resettled many into permanent villages, though others still retain their semi-nomadic lifestyle. While many Yanadi are now laborers, a 1995 sample of 320 people showed that nearly one third still hunt, gather, fish, trap, and dig roots for their subsistence. According to the 2001 Census of India, about 260,000 are workers, and another 200,000 are non-workers. A news report in 2011 describes an eco-friendly crab farming operation started in one Yanadi village, though a news story in 2013 indicates that it may be threatened by development. News reports in 2015 described some Yanadi families that had just been released from debt bondage by the intervention of a couple of NGOs, and other families that were beginning to prosper with help from a government scheme that has encouraged them to successfully develop orchards. However, the Chittoor District in Andhra Pradesh has forbidden Yanadi who are still dependent on gathering non-timber forest product from even entering their nearby woods in order to try and prevent timber smuggling. The entire way of life of those people may be in jeopardy.

Beliefs that Foster Peacefulness. They have no legends or mythologies of wars in their past, and their life style matches their world view, which is to live in harmony with the gods, humanity, and nature. They believe that when people die their souls go to Lord Brahma, the creator god. In making his judgments, Brahma examines the deeds recorded on the “life sheets” of the souls. He disapproves of extra marital sex relations but he approves of good deeds such as helping people in need, avoiding abusive speech, or picking thorns from the feet—and lice from the hair—of others. He puts the souls of the good into the wombs of higher caste women to be reborn, while the souls of bad people go into the wombs of dogs or jackals.

Avoiding and Resolving Conflict. When women are offended by people from other clusters they may discuss the problems with their husbands or older people in their own clusters, who will consult the elders of the other clusters to try and work out settlements. When domestic disputes occur, maternal uncles may be summoned; they have the role of arbitrator in family conflicts and they normally command a lot of respect. 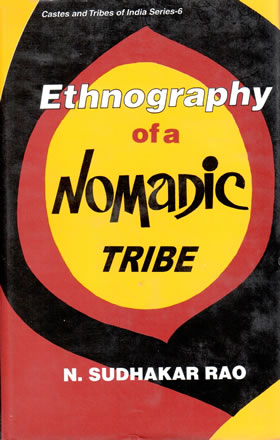 Gender Relations. Though spousal relationships are characterized by tenderness, responsiveness, and mildness, one of the primary motivations for marriage among the Yanadi is economic cooperation. Spouses tend to share a lot of work equally.

Raising Children. If parents were to punish children, or even make them do something against their will, a god might punish the children by making them ill. Parents therefore must tolerate cranky children and put up with their misdeeds, but they must never spank them. They even hesitate to yell at them. Parents cannot even force their children to attend school—the children make their own choices since they have the freedom to do as they wish. Parents do sometimes discipline children with the threat of bogeys—ghosts, devils, police, or non-Yanadi may get them. A Yanadi village school is reforming the attitudes of the children, which is leading the community into changing their lives.

Sense of Self. Yanadi have no consciousness of belonging to clans or distinct communities; they lack any binding group feelings and do not take group actions. They have no tribal or group control. They live on the fringes of Hindu society, with only a vague sense of their own racial identity, which means practically nothing to them.

Sharing. There are no expectations for sharing, though people do share when they wish to. The people who live together in a cluster will typically borrow and share with one another, plus they will help one another when assistance is needed.

Strategies for Avoiding Warfare and Violence. Any time a stranger approaches a Yanadi settlement, they quickly vanish into the forest. When they are verbally abused, they generally ignore the abusers; if the verbal attacks continue, they respond with blank looks and artless smiles that signal helplessness. Only if the attacks persist into physical abuse do the smiles turn into frowns of unhappiness signaling that they are helpless to cope with the situation. They do not retaliate or resist. They frequently display their submissiveness: when riding on a bus, they will not sit on seats, preferring the floor; if trying to present a petition to a government office, they will not walk up to a desk to present it, staying instead in the background all day.

But How Much Violence do They Really Experience? Rao states that violence does occur among the Yanadi, though he does not indicate how often. He points out that when people make accusations or loose something belonging to others, the problems often lead to violence. He also says one of the reasons marriages break up is physical abuse. Raghaviah, however, indicates that the Yanadi do not act violently, no matter what the provocation. When deserted by his wife, a man may weep and make oral appeals, but he would not think of striking her. Furthermore, he writes, they almost never commit crimes of passion, they rarely are committed to jail, and they tend to be highly peaceful and non-violent. However, a news story in 2014 described a sexual assault by a Yanadi man on an 18-year old girl from the same community.