The significance of John Marshall’s life is not so much that he made accurate films about the Ju/’hoansi, as that he returned, again and again, to film the same people so he could effectively tell their stories. 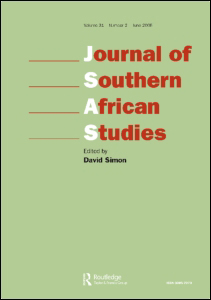 For 50 years, beginning in the early 1950s, Marshall chronicled their lives, capturing with his films, which were based on unique, lifetime friendships between filmmaker and subjects, the passing of their old ways and the radical changes of their society. Certainly one of the most influential ethnographic filmmakers of the past century, he set a high standard for recording human experiences.

His work as a filmmaker began when he and his family visited southern Africa, trips which were intended to record the lives of the supposedly untouched San, or Bushmen, people. But while the family insisted on veracity and accuracy in their writings, photography, and films, a recent article by Lauren van Vuuren in the Journal of Southern African Studies notes that John Marshall was not above manipulating his subject matter as he reported their history.

His first feature length film, The Hunters, issued in 1957, was based on 700,000 feet of film he had made beginning in 1952. The Hunters focuses primarily on one group of young men named Kxao, ≠Toma, //Ao, and /Qui. John admitted that he was, himself, fascinated with technology and hunting in the early 1950s.

The film shows the four men shooting, with their poisoned arrows, a female giraffe and then following the wounded animal for days, with the filmmaker in tow. They finally catch up with the dying animal and, with John’s camera running, the animal crashes to the earth, where the hunters proceed to finish it off. Kxao stabs it in the heart with his spear. The men skin the carcass, divide the meat, and send for help to carry it back to their camp so it could be shared with the other members of the band. There is feasting and storytelling—stories of this hunt and past hunts. The story is their life in a hard, desert environment.

Yet Marshall made some modifications in telling the story of the hunters and their lives in the Kalahari, at least by the time he released the film. According to one study of the original film footage (which is preserved in the Smithsonian Institution) that he drew on to make The Hunters, he excised out all the footage that showed traces of outside, western influences—bottles, cans, fabricated clothing, vehicle tires, etc.

The Marshall family wanted to record the lives of people who supposedly had little if any contact with the outside world, so John also excluded footage of the Bushmen trading with neighboring non-San peoples, such as the Herero and the Ovambo. The Ju/’hoansi needed to appear pristine, untouched, and uncontaminated—at least in John’s film.

A few years later, Marshall advocated too strongly and publicly in favor of his Ju/’hoansi friends so the government of South Africa—Southwest Africa was then a territory under its control—barred him from returning for several decades. He traveled instead to Botswana in the 1970s to participate, with a National Geographic filming crew, in the production of Bushmen of the Kalahari. While he did not make that film himself, he was the main character in it.

That film portrayed the incredible poverty under which many of the San people were then living, a striking contrast with the clean, desert subsistence lifestyle he had portrayed in The Hunters. Some of his friends from the 1950s, notably ≠Toma, traveled east across the border to visit with the American filmmaker in Botswana. In Bushmen of the Kalahari, Marshall depicts a showing of The Hunters for his mentor from the 1950s as a way of sharing with his friend their common history.

The two men then visited the Tsodilo Hills, a place in northern Botswana revered by local San peoples as a home of the sprits. Sir Laurens van der Post made it world famous in his best seller The Lost World of the Kalahari. Marshall listened to his friend interpret the meaning of the rock art located in the hills, which were designated a World Cultural Heritage Site by UNESCO in 2001. ≠Toma interpreted the depictions of hands and creatures on the rocks as the story of a hunt, which made him reflect on his youth when he too went out into the desert hunting, accompanied at times by Marshall. Both men shared their respective historical memories in the Bushmen of the Kalahari.

Van Vuuren also describes Marshall’s 1980 film N!ai: The Story of a !Kung Woman. His style had changed, along with the filmmaking trends of the day. He refered to it as Cinéma Vérité, but the author prefers to classify Marshall’s style in 1980 as “Direct Cinema.” Marshall felt that it was essential for his films to let the stories of the people emerge as they did and let them explain their own perspectives. He did not want to allow the perspective of the filmmaker to cloud the production. Forget the slanting of The Hunters—that was decades earlier.

N!ai is the story of a woman from Tsumkwe, the central community of the Nyae Nyae region, a town filled, by 1980, with alcohol, fighting, poverty, and too many people living on government rations. N!ai describes her past with joy and sadness— her beauty as a young woman, which singled her out for special attention, her marriage to /Gunda, their family, and the visits of the Marshall family in the 1950s.

She reviews the racist attitudes of the South African administrators and the white soldiers fighting the SWAPO insurgency. The film includes scenes of white tourists watching trance dancing and some footage of the filming of The Gods Must Be Crazy, which includes scenes showing the patronizing, racist attitudes of the South African film makers. The film ends with N!ai saying sadly, “Now people mock me and I cry. My people abuse me. The white people scorn me. Death mocks me. Death dances with me…(p.567).”

Van Vuuren’s critical appraisal celebrates the many accomplishments of John Marshall in recording the lives, the history, and the struggles of the Ju/’hoansi since 1952.