Three years ago, the Kerala state government agency for tribal affair, KIRTADS, opened a renovated ethnological museum, which features displays that include various Kadar artifacts—some ornaments, household objects, photographs and one of their huts. The museum is located about 7 km from Kozhikode, also known as Calicut, a city of one million people. The museum staff hope their exhibits will help educate the people of Kerala about the minority peoples in the state. 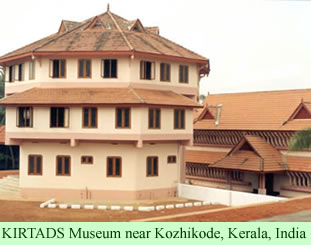 Mani Bhooshan, Director in Charge of KIRTADS (the Kerala Institute of Research Training and Development Studies of Scheduled Castes and Tribes) told a reporter last Thursday that the agency has begun mapping tribal lands in the forests of the state in order to develop better geographical information about the traditions, cultures, and living conditions of the indigenous societies.

Last week’s news report indicated that the Kadar were one of the first of the 38 tribal peoples in Kerala to be included in the new mapping effort. The pilot project has used GIS technology, in combination with traditional knowledge, to produce, so far, maps of five tribes.

The mapping should make detailed information about the Kadar, and the other four societies, more accessible. It should also allow better access to information about the ecology of the interior forest areas of the state, particularly the flora and fauna. It also should help the vulnerable indigenous societies become more sustainable, according to the news story.

The director of KIRTADS indicates that the agency plans to submit a proposal to the state government requesting more funding so it can continue mapping the remaining tribal groups.

Though the news story last week carefully did not suggest that the mapping would help the tribal peoples gain better control over their lands, one might speculate that such a goal could be a subtext of the project.