Igloolik Isuma Productions, the company that explored Inuit conceptions of evil, violence and forgiveness with the award-winning film Atanarjuat: The Fast Runner, has filed for bankruptcy. The company had borrowed $750,000 from an accounting firm in Montreal and it can’t repay the debt. This has put their entire film archive into the hands of a receiver which, in the words of Norman Cohn, the Atanarjuat co-producer, “has no stake and no interest in the cultural value of the company or of the materials.” 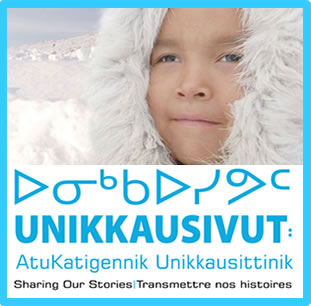 An article in the Globe and Mail reviews the sad decline of Inuit filmmaking in the context of a review of a new, two volume boxed set of DVDs released by the National Film Board of Canada (NFB) called Unikkausivut: Sharing Our Stories. Despite the international attention that Zacharias Kunuk earned for his haunting film about Atanarjuat, funding for Inuit filmmaking overall has remained very scarce.

The boxed set includes films which portray Inuit life for over seventy years, from the anthropological works of the 1940s, with their sometimes patronizing portrayals, up to the last two decades when the Inuit began to tell their own stories. Inuit film makers hoped the recognition that Atanarjuat gained—it won the Camera d’or prize at the Cannes Film Festival in 2000—would lead to increased funding for other Inuit film producers.

It hasn’t happened . An Inuit filmmaker from Winnipeg, Jeremy Torrie, said he “thought the floodgates would open, as far as Canadian broadcasters and distributors wanting to embrace another perspective.” But a decade after the famous film, nothing has changed and the funding remains sparse.

Producing films in the North presents special problems. Broadcasters and distributors are not inclined to take on films that, they perceive, have little market potential. Broadcasters are normally only willing to fund documentaries or short works, which discourages the production of feature-length films. And the actual filming can present technical difficulties, compounded by a lack of capable technicians and proper equipment. Also, funding for film making may seem to be irrelevant when so many other needs appear to be more compelling.

The Globe and Mail liked the films in the boxed DVD set, some of which “are often poignant and revelatory.” A 1967 documentary “Stalking Seal on the Spring Ice” portrays the considerable skills of seal hunters of the day, while a 2003 film “If the Weather Permits” shows how those skills have been lost.

James Roberts, an official at the NFB who assisted in the release of the boxed set, said that the Inuit filmmakers “are capturing a way of life and commenting on what we would refer to as the bravery or adaptability of the people of the North [who have] to live in such harsh conditions.”

The review concludes that “the collection presents a fascinating portrait of the land, the people and the whole art form of filmmaking itself.” Another commentator, the chief executive of Nunavut Film, David Mazur, argues that there is hope for Inuit filmmaking because of the growth of online distribution. He feels that Canadians do have an appetite for films about the Arctic, and that Inuit works are still being sold around the world.