One of the seven people killed in the mass shooting at Oikos University in Oakland, California, early last week was a young man from Sikkim named Tshering Rinzing Bhutia. While the Bhutia and the Lepcha people have separate origins in Sikkim, they have similar customs and are often united in trying to preserve their traditions in the face of modernizing forces in the small north Indian state. The alleged gunman, One Goh, stole Bhutia’s car and shot him in the process, along with six other people. 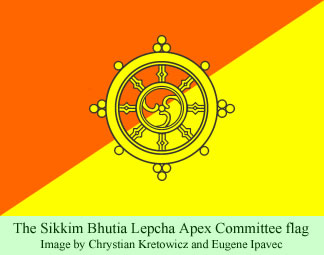 Bhutia, 38, was studying nursing at the college and he had a night job as a janitor at the San Francisco airport. A friend of his, Sandy Close, said Bhutia “was highly intelligent.” She told the press the murdered man had also worked at restaurants in the area. The two had become friends when they were both waiters, and Close had invited Bhutia for meals at times, though they mostly kept up their friendship through emails.

Close said that she “will remember him, … not because he was the victim of this crime, but because he was a gentle person.” She said that her friend lived pretty much to himself, since there is no Sikkim community in the city. Bhutia lived in North Beach, a San Francisco neighborhood.

His landlord in North Beach, Prem Singh, liked him. He said he had always been a good tenant, and was “a very nice guy.” He said they had just had a long conversation a few days before the shooting. Bhutia’s Facebook account showed that he had friends around the world, but he was mostly a solitary person.

Punam Devi, the manager of the North Beach residential hotel where he had lived earlier, said he was a “very hard worker.” Bhutia was a Buddhist, but it was not clear if he belonged to any particular temple. Ms. Devi said he spent time sitting and talking with her in her office from time to time.

The Bhutia/Lepcha community in Sikkim was distressed to learn the news. A meeting of the Sikkim Bhutia Lepcha Apex Committee (SIBLAC) , an organization formed to help protect the rights of the two indigenous communities in the small state, held a scheduled meeting on Wednesday last week to commemorate the birthday of the late king of Sikkim, but they curtailed the meeting because of the sad news from California.

The committee decided to write a letter to President Obama asking his help in expediting the shipment of Mr. Bhutia’s body back to Sikkim. SIBLAC asked for the president’s assistance in order to “enable the bereaved family members [to] perform necessary Buddhist rites, ceremonies and prayers for his ultimate enlightenment.” There is no word yet as to whether his body has been shipped back to Sikkim.