The residents of San José Progreso, once a peaceful Zapotec community, are divided into opposing factions, some supportive of a local gold and silver mine and the jobs it provides, while others oppose it because it threatens their water supply. The tense situation in the small community in Mexico’s Oaxaca State has fostered increasing violence. 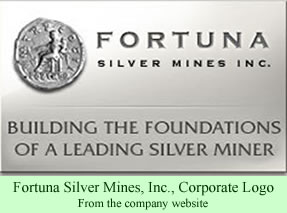 Last month, on March 15th, an activist who has protested against the Trinidad/Cuzcatlán mine that threatens the water supply was gunned down. Two months earlier, on January 23rd, another Zapotec activist was murdered during a community protest. The company, Fortuna Silver Mines, Inc., a Canadian firm based in Vancouver that owns the mine, denies any involvement in the violence.

Bernardo Vásquez Sánchez, murdered the evening of March 15th, was killed in a car in which two other persons were seriously injured. Bernardo was clearly the person the hit men were after. He was a Zapotec leader who dared to oppose the mining project. Last week a feature article exposed the details of the violence and its background.

The January killing took place while the Zapotec activists were protesting the construction of a water pipeline to the mine. Many local people believe that the water being diverted to the mine will deplete their own supply. An argument broke out between the activists and the construction crew building the pipeline.

Police arrived and the mayor of the town, Alberto Mauro Sánchez, ordered them to open fire on the crowd. Men who were photographed in the act of doing the shooting were arrested but subsequently released, and the mayor has not been charged. Bernardo Méndez, one of the men targeted in the crowd, subsequently died of his gunshot wounds, and Abigail Vászuez was seriously injured in the fusillade. Two months later, her brother was gunned down in his car.

Sr. Vásquez had called a press conference on January 23rd to denounce the shooting violence and the Canadian mining operation. As a leader of a local group called the Coalition of People United in the Ocotlán Valley (COPOVU), he claimed that Fortuna Silver, as well as its local subsidiary, were responsible for the crime. The group called for the cancellation of the mining operations. Less than two months later, he was rubbed out.

Needless to say, the company denied having any involvement with the violence. It also denied that the new pipeline would divert any water supplies away from the community, which is located in an arid region of southern Mexico. The CEO of the company, Jorge Ganoza, referred to the allegations of the activists as “misinformation,” and ascribed the violence to a long standing local political power struggle. Several officials in Oaxaca State agreed with his explanations.

The activists say that the history of violence around the mine supports their claims. A 2009 protest against the opening of the mine was broken when 700 police officers brutally broke through a blockade with attack dogs and automatic weapons. In 2010, a couple officials were killed and others brutally beaten during protests.

One activist in San José said that the atmosphere in town was very tense, with two killings in two months. Most of the town residents were opposed to the mine at first, but now the ongoing corporate violence and repression has had its effect. Fewer people are willing to oppose the mine any longer. Bribes to prominent local people have also helped the efforts of the mining company. The anonymous activist maintains that about half the community is still opposed to the mining. There are good reasons for the opposition, most based on the fact that the area is arid. Everyone is aware that water is a scare, precious resource.

Another valley in Oaxaca has had a similar, but even more disastrous, experience with a different gold and silver mine. Due to the work of Canadian company Continuum Resources, operating at Calpulálpam, that town’s water supply was completely ruined. Local residents near that mine reported that 13 streams were destroyed and aquifers were disrupted by the mining. Springs in the area were so polluted that, ultimately, a federal government office, the Mexican Federal Environmental Protection Agency, intervened and shut it down. The folks in San José—at least half of them—are aware of this precedent.

The day after Sr. Vásquez was murdered, a coordinating group, the Oaxacan Collective in Defense of Territories, denounced his murder and the ongoing violence and intimidation. The slain activist had repeatedly warned appropriate federal agencies of the likelihood of violence due to the hostile feelings in the community toward the Canadian mine. COPOVU, the organization that he helped lead, repeatedly complained to officials that the mining company was funding armed gangs to intimidate protesters, with the support of the town’s mayor.

The stakes in the struggle are high. Fortuna Silver has invested $55 million in the mine, which began operations last September. Projections indicate that it will produce 1.7 million ounces of silver this year and 15,000 ounces of gold. The company appears determined to carry on. The website of Fortuna Silver Mines, San José, focuses on the growth opportunities of the mine and the technical details of the mineral resources.

The Zapotec activists in San José seem to be just as determined, in spite of the atmosphere of intimidation and fear that has built up, to continue their opposition. According to Jonathan Treat, the author of last week’s analysis of the situation, everyone was tense during the funeral of Sr. Vászuez on March 23rd. “Indignation and defiance hung in the air. Just before his coffin was lowered into the ground, a friend of Vásquez said to the crowd: “They can cut a flower, but they cannot stop the Spring.’”