Since the Piaroa settled into permanent communities and stopped shifting their garden plots from one tract to another, the farms they established have tended to degrade the land and deplete the forests. The people in the village of Gavilán, Amazonas State, Venezuela, are working to improve the situation. 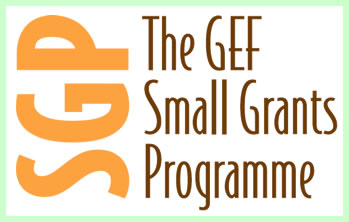 The Small Grants Programme (SGP) of the Global Environment Facility, which is the world’s largest international source of support for environmental programs, is hoping to change the gardening practices in Gavilán. The new project the agency is supporting in the community should help preserve natural forest resources and enhance food security for the Piaroa.

Goals for the project have been to prevent forest fragmentation, minimize soil erosion and sedimentation, preserve river banks, support the use of indigenous crops, retain traditional land use practices, and help recover degraded lands.

During the first year of the project, 2011-2012, according to a news release last week, the agency supported the work of 15 families in the village, 128 people, who built and maintained patches devoted to agroforestry and started plant nurseries. The people of Gavilán introduced sustainable management practices on about 12 ha. of land, soil which they protected from harsher farming methods. The community matched the U.S.$46,620 which the agency provided with $60,000 of their own in cash and gifts in kind.

The plant nurseries will be able to produce up to 2,000 plants from 13 different species native to the Orinoco basin forests. The Piaroa farmers set out about 4,000 plants per hectare, including annual, biennial, semi-perennial, and perennial varieties of crops.

The aim of the project is to diversify and increase productivity in the gardening plots used by the Piaroa farmers. During the first year, village farmers grew between 2,000 and 5,000 kg/ha of their primary food crops: roots and tubers such as yucca, sweet potatoes, mapuey, and acumo. The crop yields have not only satisfied village food needs but they have provided enough surplus to sell in the markets of Puerto Ayacucho, the state capital.

Previous food production was much less productive—not nearly enough to satisfy the needs of the village, much less allow extra for sale. The increased supply of food, the SGP hopes, should help protect the remaining forests from being cut to open up still more land for cropping.

The people of Gavilán have participated enthusiastically in the project. People from neighboring communities—Sardi, San Pablo, and San Pedro de Cataniapo—participated in the project in Gavilán and are requesting comparable support to replicate the work in their own villages.