The televised portrayal of a Hutterite colony in Montana by the National Geographic Channel, which the Hutterites claim was deceptive, ended after 10 weekly episodes. The controversy has yet to die down. The King Colony, the subject of the series “American Colony: Meet the Hutterites,” is demanding an apology, and Alan Mairson, a prominent independent journalist, has taken up the Hutterite cause. 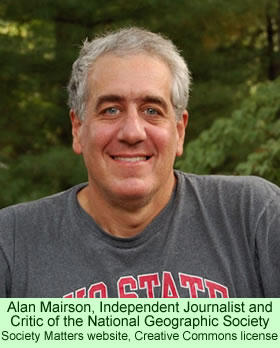 According to an AP news story last week, the King Colony is not only demanding that the NGC apologize for the show, it wants the channel to promise to never broadcast it again. Not surprisingly, the NGC refuses, contending that their production fairly and accurately depicted life at the colony.

John Hofer, the minister of the King Colony, wrote to John Fahey, CEO of the National Geographic Society, on July 31st to demand the apology. He wrote that the series was supposed to be a documentary about the colony but it turned out instead to be a reality TV show pitting generations against one another and showing discord in the group.

Mr. Hofer argued that story lines and situations were invented. People were told what to say and do while the camera was focused on them. The resulting programs, he feels, were a series of inaccurate depictions that harm the reputations of all Hutterites. “We feel we were ambushed and publicly humiliated by the producers of Meet the Hutterites, and by the National Geographic Society,” Mr. Hofer wrote. “King Ranch Colony did not sign up for this sort of abuse.”

Hofer met with the Associated Press on Wednesday last week to further explain his position. He argued that the producer of the show, Jeff Collins, found life at the colony too boring once he actually started the filming project. He decided to spice things up by persuading people to say and do things they would normally avoid.

Bertha Hofer, the minister’s sister-in-law, was featured prominently with her children on the series. She said that the first three segments were accurate enough, but then the producers started feeding the Hutterites story lines. “It was just like they corrupted your mind. We just fell for it,” she said, obviously regretting the day she ever allowed herself to get involved.

She and her daughter went to Great Falls to investigate the possibility of a college education for the younger woman. She advocates higher educations for her children, something many Hutterites oppose since they perceive that the young people who do get educations are less likely to remain in the fold. The NGC apparently exploited this legitimate debate among the Hutterites themselves.

Another colony member, Claudia Hofer, released a statement indicating that most of the scenes in which she appeared were staged. Wesley Hofer, another, said in his statement that an episode during which he was rushed to a hospital, the victim of a supposed heart attack, was entirely fake.

Collins, the producer, denied that he created false story lines. He believes that the statements by the colony members have all been prompted by their elders, who are pressuring them to disavow the show. Both of the Hofers deny that charge, but the National Geographic Channel supports Mr. Collins.

Society Matters makes it clear from the outset that the National Geographic Channel is owned by Rupert Murdoch’s News Corporation. David Lyle, the CEO of NGC and a frequent spokesperson for the Hutterite series, is an employee of News Corp.

Among the many documents that Mr. Mairson has posted in his blog are copies of statements written by members of the King Colony themselves. Outsiders may not be in a position of making firm judgments on this matter, but the 20 signed statements, taken as a whole, present a powerful indictment of the NGC. A few of them can be quoted briefly to indicate the depth of anger at the colony.

Marvin Hofer writes, “so many things were staged, including the barn fire to make the stories more interesting. We were made to feel that our way of life wasn’t exciting enough and there was pressure put upon us to make up for it by acting …”

The 20 letters express similar ideas—one can assume that colony members have been discussing the series a lot over the past 10 weeks—but most also express their own personal feelings of betrayal. Josh and Katie Wollman conclude their letter by writing movingly, “the bad part is about the scenes of our clothes. We love the way our dresses look and we will not wear ourselves another way.” Anyone reading these testimonials can feel their hurt.

Several of the letters expressed regret about going to a bar in the city of Medicine Hat, Alberta. The writers indicated that they didn’t know they were being taken to the bar, and they were assured that they would not be filmed there. Another Hutterite, Pamela Hofer, expressed her regret at participating at all in the series. She writes that she was asked to leave her normal working duties to be a part of staged scenes. She says that the episode when she and her sisters-in-law left their kids to enjoy some “girl time” together was entirely staged.

Kristie Hofer was most disappointed by her perception that the show neglected the real daily lives of the Hutterites. “They didn’t show us cooking, [baking], canning, or butchering,” she wrote. Perhaps the National Geographic Channel did decide that the realities of life in the colony were somewhat dull. As a unit of Fox, the NGC must make profits.

The Amish, a far better known peaceful society, have learned long ago to avoid Hollywood producers, who simply want to exploit them for their own benefit. The Hutterites have presumably learned a hard lesson.