The Batek experiences with globalization, which bring violence and the fear of violence into their lives, have prompted many to move out of their forests into sedentary villages. In a journal article released a few months ago, Ivan Tacey carefully explains why global economic, social, cultural, and religious forces are so destructive to the Batek, and how their belief systems are coping. 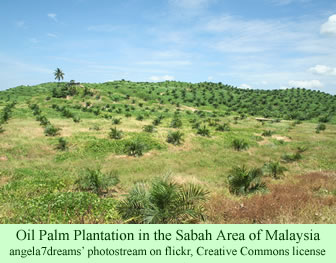 The author, who has done fieldwork among the Batek as recently as 2012, argues that many problems might superficially be seen as Malaysian issues, such as the conversion of vast tracts of rainforest into oil palm plantations, but they are really responses to globalizing trends. He explores the complexities of globalization in considerable detail, so this review can only touch on a few of his points.

He explains how violent and terrifying many of the global forces really are. For instance, aggressive attempts by Muslim missionaries to convert the Batek have sometimes been highly threatening. If everyone in this village does not accept Islam they will all be murdered, some missionaries told one Orang Asli (aboriginal) village in the 1990s. These threats simply reinforced memories from 70 years earlier when they were literally carried out—entire communities were slaughtered by Muslim fanatics for their refusal to give up their pagan ways and convert.

Other threats are less dramatic, but just as troubling to the Batek and to the other Orang Asli. The state confiscates forest lands that have been occupied and used by the Batek for millennia for other uses that seem more productive, such as mining, logging, or oil palm plantations. This state-backed process is always predicated on the threat of violence. To avoid such violence, the state pressures the indigenous people to move out of the forests into resettlement camps. The state and federal governments are stubbornly opposed to granting land rights to the Batek, or the other groups.

However, Tacey does point out that the Batek should not be seen as completely passive victims of state repression and outsider violence. Some communities are preparing formal complaints and statements to powerful agencies, such as the Human Rights Commission of Malaysia, several NGOs, and departments of the Malaysian government.

This is a common thread from numerous other news stories in this website—reports of societies with highly peaceful traditions that nonetheless are willing to take positive, though still quite nonviolent, actions to address the injustices heaped on them. The G/wi of the Kalahari repeatedly have taken their aggressive national government to court; the Semai have honored a woman leader who spearheads peaceful protests; the Paliyan joined a protest march for indigenous rights rather than fleeing into the forest as they used to do. It is good to learn that the Batek are also taking actions against their oppressors.

Tacey argues that the Batek deal with the various destructive, or potentially harmful, forces they face with what he calls “tropes of fear.” He defines tropes as figurative ideas that are at the center of issues and that ground people’s conceptions of realities and how to deal with them. A central cause of fright for the Batek is the fear of gob, the outsider: the aggressive Malay, the noisy tourist, the destructive corporation.

He emphasizes that the focus of Batek life and society is the forest—a life from which many have now been separated by miles of oil palm plantations. The forest is not simply where people go for good food and pure water. It is where their ancestors reside, a place filled with meanings for everyone. Their religious beliefs are intricately tied in with their forest—or former forest—environment.

Gobar, the thunder spirit, enforces socio-religious rules through taboos about hunting, diets, and social norms. Violations of those rules, such as a display of violence or even anger, could provoke Gobar into sending a thunderstorm that might cause enough flooding to wipe out a community. As an example of evocative, and often fascinating, prose, the author writes, “The Batek see Gobar as a physically indescribable, incredibly powerful, vengeful, but often stupid force living somewhere in the sky, who unleashes his fury in the form of terrifying storms when any taboos are broken (p.246).”

Compelling reading. But the analysis is also quite engaging, particularly the parts about how the Batek relate their contemporary lives to the realities of the rest of the world. For many are now living in settled communities, have day laboring jobs, and own motorbikes and televisions. Even those who are still living in the forest have access to a TV from time to time when they visit people in permanent homes. They are increasingly aware of the problems of the world, but they tend to frame them in their own terms.

While one might expect the Batek to see the logging and destruction of forests as the cause of Gobar’s anger, which has resulted in floods over much of Malaysia, other consequences of human meddling with nature are more surprising. When they learned about the destruction of New York by superstorm Sandy late in the autumn of 2012, the Batek blamed that event on U.S. actions that angered the gods—perhaps the violence that occurs in the United States itself, or aggression by the U.S. against other countries.

In essence, the wrath of Gobar is no longer confined to local conditions, local violations of taboos, or local upsets in the moral and social order at the rainforest campsite. Globalization of information apparently prompts Gobar to take a universal view of his prohibitions against the destruction of nature and any sort of violence or warfare. The deities are clearly willing to extend their preference for peacefulness to all of humanity, not just to the Batek.

Tacey extends his analysis of the tropes of fear to several other aspects of Batek life, only a few of which can be mentioned. For instance, the Batek love not only the forest and its animal and plant life, they also love the coolness that pervades it. Because the land becomes unnaturally hot when it is logged, they see a deforested landscape as sick, like the body of a human being afflicted with illness. They thus think of global warming as a sickness of the earth, and tie it in with Gobar and his anger at human desecration.

The author provides interesting details about the ways the Batek living in villages stubbornly hide their refusal to become good Muslins from their Malay neighbors. They have to surreptitiously sneak off into forested areas to gather and hunt and be part of the natural world they so cherish.

The best part of this fascinating article is that it is easily available, and free of charge, as a PDF. Highly recommended as an exploration of the ways a peaceful society is struggling to retain its nonviolent worldview.