The plague of gang rapes in India has spread to a peaceful Birhor village in the industrial district of Ramgarh, in northeast India’s Jharkhand state. 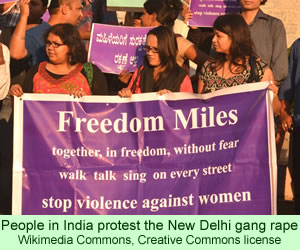 According to an article last Thursday in The Times of India, an unnamed 18-year old Birhor woman was visiting her uncle in Banji, a small hamlet. On Tuesday, four men forcibly took her into a wooded area and gang-raped her. The men threatened to kill her if she said anything to her uncle.

She defied the threat, reported the incident to him, and he contacted the police. The officer in charge, Balmikee Singh, said on Wednesday that the police had arrested two of the men, one of whom is a Birhor. The other two men who participated in the crime had escaped.

International news last week focused worldwide attention on the trial in an Indian court of four men charged with gang raping and murdering a New Delhi woman back in December. They were convicted and sentenced to be hanged. The Indian media has been analyzing national cultural and social forces that may arguably foster rapes in their country. That culture of violence appears to be spreading even to Adivasi (tribal) societies such as the Birhor that are, or at least until recently were, quite peaceful.