Last Thursday, members of the Paliyan society of India’s Tamil Nadu state were proud to vote in the national parliamentary elections, according to a news story in the Times of India. The journalist reporting this story, V. Devanathan, had written three weeks ago about the discrimination the Paliyans suffer from the Tamils who live in the plains of that state. 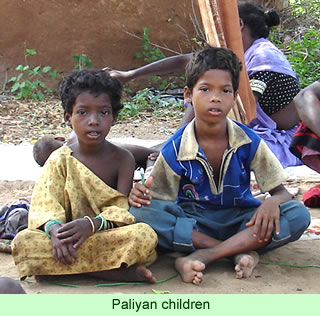 But for the Paliyans, the negative atmosphere they live in evidently only encouraged them to vote. According to two different news reports last week, other peaceful societies in India had boycotted the current election process. The Birhor refused to vote because of the way they have been ignored and discriminated against by the majority Indian people, and the Kadar boycotted the polling places because the political candidates had not responded to their concerns about threats that a large dam project pose to a couple of their communities.

The Indian parliamentary election process this year began on April 7 and continues for five weeks, until May 12, with different districts voting at different times. The Paliyans in the Madurai, Theni, Dindigul and Virudhunagar districts of Tamil Nadu went to the polls last Thursday, even though, like the Kadar and the Birhor, they feel they are ignored by the politicians.

The TOI indicates that politicians flock to the people, including the Paliyan, on the local election day, offering them snacks, tea, and money, plus rides to the polling places. The Paliyans told the reporter that they refused the money, exercising their voting rights according to their own individual preferences.

A. Dhanalakshmi, a young Paliyan woman, told the paper, “there are 51 votes in Siraikadu village including the five new voters registered [a] few months ago. All of us went to Mundal voting booth in [a] vehicle. We exercised the voting before noon. We were offered Rs 200 [US$3.30] by a party. But we denied it.” A man in the Alagammalpuram Colony in Madurai District said that the 30 Paliyan voters in his community walked two km in the blazing heat to their polling place.

Thangaraj, another man in that community, said, “we have not lost faith in … democracy and the government. We expect positive signs after the new government takes charge.” He added that they expect to continue to benefit from the provisions of the Forest Rights Act of India of 2006, which provides for their lawful right to use traditional forest products. But they recognize that proper sanitation and housing in their villages are not yet a reality.

The reporter talked with K. Ramar, a Paliyan patriarch in the village of Solaiyur, who indicated that around 100 voters live in his village. While half of them had voted before noon on Thursday, the rest, as the reporter was interviewing people in the community, were still waiting their turns to vote.

The TOI also spoke with S. Thanaraj, an activist in Madurai city with the tribal rights NGO Ekta Parishad, who said that many other Paliyan communities were actively voting that day.