Rats are a major problem for nesting sea birds on Tristan da Cunha but the Tristanians have developed a unique way of coping with the introduced mammalian plague. The islanders have a holiday every year during which they compete to eliminate the most rats—and have a great party in the process. 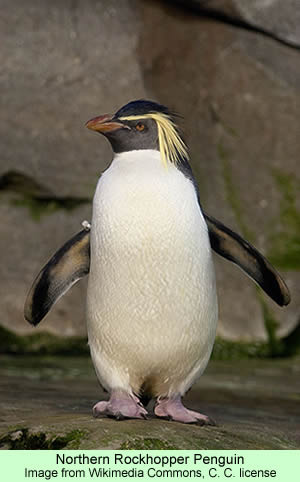 Snyder mentions some possible ways the islanders could help the nesting sea birds and cut back on the rat populations, such as by managing their local trash dumps more effectively, but she points out that the people do not see the rat problem as critical enough to warrant such measures.

Accounts on the island website, however, depict the ways the islanders do seek to reduce the destructive rat populations—and have fun in the process. Each year they celebrate “Ratting Day.” The Ratting Day this year was held on May 2, and an account of it, plus a bunch of pictures, was posted to the website on May 13.

At 6:00 in the morning that Friday, Ian Lavarello, the Chief Islander, rang the fishing gong to announce the commencement of the celebration. The weather was rainy and windy, but things cleared by 9:00 and some of the participants caught rides out to the Potato Patches, a relatively level area a few miles from the Settlement where the islanders maintain their vegetable gardens. The account by Tina Glass emphasizes that the events of the day were exciting for everyone, especially for the children.

When they arrived at their camping huts at the Patches, the ladies had breakfast for all the participants; then they visited during the morning while the men and children were out ratting. They prepared a sumptuous lunch for everyone later in the day. Ms. Glass enumerates the dishes they made—stews, curries, roast beef, chicken, plum pudding, and milk tarts. After feasting, the men and children participating in the ratting returned to pursuing their quarry. The rats.

The ratting teams are named after different areas of the Patches—Johnny’s Patch, Below the Hill, Twiddy Patch, Daley’s Hill, Old Pieces, Red Body Hill, and so on. By 6:00 in the afternoon, everyone had returned to the Settlement for the climax of the celebration: examining and counting the tails of the rats that participants in the different teams had caught.

The three judges, who examined the rat tails submitted by the teams, announced their decisions during the dance and prize giving ceremonies at 9:00 pm. The Bill’s Hill team won the prize for most tails collected, and Below the Hill team won first prize for the longest tail—28.8 cm (11.3 inches), a monster rat indeed!

The photos that accompany this intriguing account show the people preparing and setting the rat and mouse traps, working on the hillsides, holding up their trophies, and lounging about with their dogs. The last picture of the 2014 account shows a group of perhaps a dozen large rat tails exhibited on a table, presumably the longest specimens secured that day. The image, while it might not be attractive to some visitors to the website, would resonate with anyone concerned about animal overpopulations and the resulting unbalance of natural ecosystems.

To people familiar with wildlife magazines in the U.S., the frequent photos of large deer racks and proud hunters with their trophies are quite similar to an image this year of Tristanians holding up rats by their tails. Huge cervid racks or long rat tails—both symbolize the success of the hunter and the urge to take a notable specimen. Whether overpopulations of white tails in the eastern U.S. or of rat tails on Tristan, in both cases the animals cause severe environmental degradation.

In the eastern U.S., rare and endangered wildflowers, such as the Turk’s cap lily, can be significantly impacted by too many deer, according to a study by Fletcher et al. (2001). The control of deer overpopulation is therefore just as essential in the eastern woodlands of North America as the control of rats is for the Northern Rockhopper Penguins on Tristan. But U.S. deer hunters, and wildlife management agencies, might learn something from the Tristan way of turning rat hunting into a local celebration.