Susan Spano described a scary incident that occurred on Huahine, one of the Society Islands located 100 miles northwest of Tahiti. A former travel writer for the Los Angeles Times and the New York Times, she was interviewed by the L.A. Times last week regarding a new book she has published about her career. 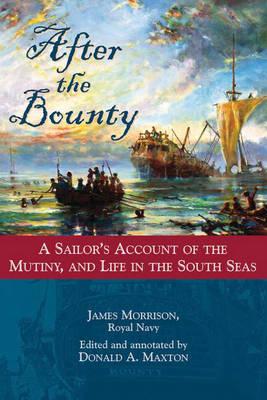 She relates that she was by herself on the rural island looking for a stone shrine in a little park when a dog approached her and started snapping. Then another came toward her, and still another, all threatening. She grabbed a stick to try to fend them off, but more and more dogs approached. About 80 were surrounding her by the time someone whistled from a distance, perhaps from a nearby farm field, and the dogs all dispersed. She says she didn’t at all enjoy the shrine.

A travel article by Craig Platt published in early April in the Sydney Morning Herald gives a very different impression of Huahine, one that reflects to an extent some of the earlier writings about Tahitian society. Platt was on the island to experience a travel destination, not to study its people and their culture, but he does provide some interesting impressions of the place. For one thing, fortunately, he was not attacked by any dogs.

Unlike Tahiti, Bora Bora, and Moorea, the most famous islands in French Polynesia, Platt found Huahine to be mostly devoid of tourists. He had the entire beach to himself. When he visited two of the three modest resorts on the island, they appeared to be almost empty. He was the only patron in a large restaurant—which served him an excellent fish dinner.

He writes that the name “Huahine” can be translated approximately as “woman”, not due to any allusion to the Tahitian women of olden days who hosted European mariners in ways they would later rhapsodize about, but for the shape of the island’s prominent mountain, which supposedly looks like a reclining human female.

Platt was told that the reason the island has so few tourists is that the local people, numbering about 6,000 residents, are simply not interested. They enjoy their peace and quiet, their fishing, and their small scale cultivation—in essence, their traditional lifestyle. He blames their independent streak on their history. The rest of the Society Islands became a colony of France in 1880, but the residents of Huahine resisted until 1888.

Platt discusses briefly the myth that French Polynesia is some sort of paradise. He was told by Paul Attalah, an anthropologist and tour guide on Huahine, that French Polynesia was never really a utopia, since in the past there were human sacrifices, wars, and, as Platt expresses it, “other unsavory acts.”

That may be generally true, but one of the mutineers from the Bounty, who remained on Tahiti rather than continue on to Pitcairn Island with Fletcher Christian and his cohorts, James Morrison, kept a journal that provided details about life and culture on Tahiti in the early 1790s, after the mutineers had left. Morrison described Tahitian society as relatively peaceful, with only sporadic warfare and occasional fights between villagers. While he was writing about Tahiti, his characterizations of that island would have fit the people of Huahine just as well.

Morrison wrote that disputes were almost always settled with the help of neighbors; the person whom public opinion decided was in the wrong almost always apologized, which settled conflicts quickly. He indicated that “private disputes between men relative to themselves only seldom produce a blow” except on occasional circumstances (Morrison 2010, p.183).

The former sailor described the culture of caring that characterized the Tahitians of the time.  He wrote, “should a brother or one who is an adopted friend become poor or lose his land in war, he has nothing more to do but go to his brother, or friend, and live with him, partaking of all he possesses as long as he lives—and his wife and family with him, if he has any. If any relation or friend, though not in immediate want, comes to the house of his friend, he is always fed while he stays, and is not only welcome to take away what he pleases but is loaded with presents” (Morrison 2010, p.179).

The foremost 20th century anthropologist to study the rural Tahitians, Robert I. Levy (1973), described a society that had been seriously affected by misadventures, missionaries, and modernization for nearly 200 years. But Levy’s observations, based on his field work in a village on Huahine from 1961 through 1964, confirmed those of Morrison 170 years earlier.

Levy saw very little conflict, open hostility, or aggression. The people exhibited a gentleness and lack of anger toward one another and toward visitors. Children, similarly, played without aggressiveness and conflicts. On occasions when disputes did arise, the parties would move to defuse them. During the two major festivals of the year, people would drink, but there was no more violence than when everyone was sober. However, he noted, sometimes people who drank at home or returned home drunk would hit a family member.

Levy also studied a neighborhood in Papeete, the large town on Tahiti that is the capital of French Polynesia, where he witnessed some strife, but he found the Tahitians living on Huahine to be just as peaceful as Morrison had described them in the 1790s. The anthropologist did not portray Huahine as a paradise, or the Tahitian people as gifted with the ability to form a utopian society. Instead, he attributed the relative peacefulness of the small island in part to its conservative, isolated ways. The people like to retain their traditional culture, he observed. To judge by Platt’s account last month, the Tahitians, at least on Huahine, still do.

Morrison, James. 2010. After the Bounty: A Sailor’s Account of the Mutiny and Life in the South Seas. Edited and Annotated by Donald A. Maxton. Washington, D.C.: Potomac Books