A news story from Tanzania last week describes the celebrations that take place in a Fipa village when a woman gives birth to a baby. The article also provides information about the tragedy of maternal mortality in Tanzania’s Rukwa Region, an issue that news stories covered back in September. 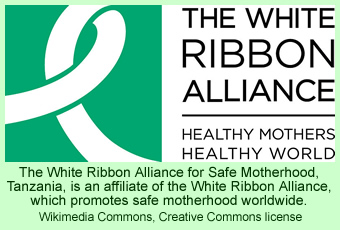 While the text of the news story may have to be read in a Google translation of the Swahili original, it is still possible to glean some useful information about Fipa birth celebrations from it. The village, called Chereko, is located on the shore of Lake Tanganyika in Nampembe, Nkasi District, Rukwa Region. The community evidently celebrates every birth enthusiastically.

The reporter covered the welcoming of a new baby into the village. When the mother delivered her infant in the community health center, the mother-in-law and the woman’s sister prepared a major ceremony to receive the child into the home. The new mother, named Mide Godwin, expressed her happiness and said that they would be cooking rice for the feast and making beer. “It is a very big celebration for us,” she said, in the words of the translation.

Another village woman, Fransina Soneka, who is a 48 year old mother of eight, said that in Chereko it is more important to celebrate a birth than a wedding. She indicated that singing is an important part of the birth celebration. In fact, she said that singing is a prominent feature of Fipa culture.

The birth festival can last three days, particularly when it is the celebration of a first time mother. It includes eating, drinking and dancing as well as the singing. But when the woman goes into labor, the village becomes tense. If there is a prolonged silence, people start to question one another. When they hear shouting, they know that the birth has been successful. Get ready to party.

People assemble, relatives prepare food and beer, and villagers beat drums. The food might include a stew, prepared with chicken or goat meat. The villagers buy soda, beer, and local liquor, and they told the reporter that the celebration might cost up to 500,000 Tanzanian shillings (nearly U.S. $300), funds which are contributed by the friends, brothers, and sisters of the family.

The mother who gives birth to the infant will present clothing, socks, and other articles to her newborn, Fransina told the reporter. Fransina said that she welcomed a huge celebration in 1985 when her first baby was born, but she said that the village has normally been anxious whenever a birth is imminent.

There have been several sorrowful cases of the losses of lives in the village during the birth process. Nearly all of the deaths were caused by complications occurring in a community that has lacked local emergency medical care. The reporter mentioned several different women recently who had lost their lives due to emergencies that no one could handle properly.

One solution the reporter suggested may be the approaches advocated by a group called the White Ribbon Alliance for Safe Motherhood in Tanzania. That organization is part of an international NGO that focuses on advocating for better emergency care, obstetric surgery, and having safe blood for transfusions. According to its website, the Tanzania branch of the White Ribbon Alliance began in the Rukwa Region.

Also, effective transportation to medical facilities is urgently needed. Statistics show that less than 30 percent of the women in that area of Tanzania receive qualified medical care when they go into labor. In Nampembe, however, the situation has improved with the opening of a health center located in a new building, plus safe blood has become available. Furthermore, a special car has been provided to transport women to the medical center. In the past year, since the car has become available, there have been no maternal deaths in Nampembe.

The news report concludes that the provision of proper services for the delivery of babies should make dramatic improvements in the successes of live, safe births. The fun of celebrating the birth of a healthy baby in Chereko can now begin early, in anticipation of the event, rather than being delayed by nervous waiting as people have been used to doing.