A Hutterite colony in South Dakota, accused of negligence for not properly controlling the behavior of its teenagers, has settled a wrongful death suit out of court. The settlement occurred just a few days before the civil trial was scheduled to begin at the federal district court in Sioux Falls, S.D. The Argus Leader of Sioux Falls reported the story on August 10th and provided an update on the 15th.

The facts in the case do not appear to have been disputed. Janos Stahl of the Deerfield Colony near Ipswich, S.D., and Vannah Decker from the Starland Colony in Gibbon, Minnesota, had formed an online friendship using messaging on Facebook. The Deerfield Colony prohibits using Facebook but Stahl, who was 17 at the time, gained access to it anyway at the local public library.

After some months of messaging, they had the chance to meet in person on February 9, 2014, when Vannah, who was 15, traveled to visit some of her relatives at the Plainview Colony in South Dakota, located just four miles from the Deerfield Colony. Stahl drank several beers that he found in his grandmother’s refrigerator and drove a GMC Jimmy owned by his colony over to Plainview to finally meet Vannah.

The two hung out with some other teens at Plainview where he had more to drink. Later in the evening, with Stahl at the wheel, they left Plainview heading back toward Deerfield. Trying to impress his girlfriend, he accelerated to almost 100 miles per hour on the gravel road, lost control, and turned the vehicle over into a ditch. Decker was thrown from the vehicle. Stahl suffered some injuries, lost consciousness, and when he came to, he searched for the girl. He couldn’t find her in the dark and, confused, he assumed he had already taken her back to Plainview.

He walked barefoot back to Deerfield in sub-zero temperatures, took a shower, and went to bed. He didn’t report the accident. The next day Vannah’s body was found at the crash site, along with an open bottle of whiskey. Stahl served a year in the county jail for second degree manslaughter.

Vannah’s father, Michael Decker, decided to bring a civil suit in the federal court, according to his attorney, in “hopes this case will help bring needed changes so that the public is protected from unlicensed children driving on the public roadways of South Dakota.” The colony did not take appropriate measures that would prevent its teenagers from having access to alcohol or access to the keys to colony vehicles. The terms of the out-of-court settlement were not revealed.

The accounts of the testimonies that were prepared for the civil suit differed between the two different articles in the Argus Leader. According to the report published right after the settlement was announced, Deerfield colony members said that boys at the colony commonly taught themselves how to drive and frequently took motor vehicles out on the public roads. Furthermore, the colony had a supply of alcohol that was not kept locked up.

The judge, Charles Kornmann, had commented earlier, in refusing a motion to dismiss the suit, that the colony should have foreseen the consequences of allowing unlicensed boys to have access to both motor vehicles and alcoholic beverages. “The foreseeability of injury increases when the keys are readily accessible and alcohol readily available,” the judge had written.

The second article in the newspaper published last Tuesday included comments by the lawyer for the Deerfield Colony, Bill Fuller of Sioux Falls, that were somewhat more defensive of his client. He said that members of the colony must be 18 in order to get a driver’s license. Furthermore, young people do operate farm machinery from the age of 14 or 15, but only on colony grounds.

Fuller added that Stahl knew that what he was doing was against the rules; “he knew it was wrong, and he knew his parents would not allow him to do it.” But, he concluded, “first and foremost, a young woman lost her life which is an immense tragedy for which the Decker family has suffered greatly.” Fuller added,“we are truly sorry for their loss.” 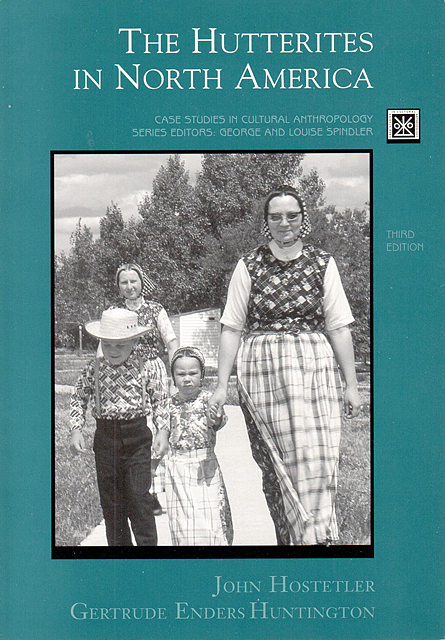 The two newspaper accounts do not address the obvious question as to why, in the well-ordered, carefully controlled life of a colony, a teenager would go so wrong. When Hutterite children turn 15, according to The Hutterites in North America by Hostetler and Huntington (1996), their childhood ends. They leave the colony’s German school, stop eating in the children’s dining room, and become minor actors in the adult world. They start eating in the adult dining room and begin participating, as learners and apprentices, in the work of the men or women of the colony. They enter a transitional period of their lives which normally ends when they are baptized and join the colony as young adults.

Janzen and Stanton (2010) make it clear that Stahl’s behavior—drinking and driving without permission—while doubtless not condoned by the adults in the colony, was probably also expected and tolerated. Such activities by young Hutterites, especially boys, are normal parts of growing up. Typical activities engaged in by young people that violate the rules include, they wrote, taking colony vehicles and driving into town without permission, working for pocket change for neighbors, drinking to excess, and smoking. “In some colonies, a significant number of young people experiment with at least one of these activities; at others there is little interest (p.192).” The Hutterites have no objections to moderate drinking.

In the colonies studied by Hostetler and Huntington, transgressions of the rules were punished by making them stand during Sunday school proceedings, or for even worse offenses, standing at the back of the church during services, or for even worse offenses, standing at the front of the church. The feeling was that by displaying young offenders just like dumb oxen, they would realize that their offensive actions were really stupid and would stop doing them. If Stahl ever received discipline such as that, it probably didn’t make much of an impression on him.