Anyone who has looked at a good map of Tristan da Cunha must have noticed that the Islanders have given a lot of places on their island strange names. Some of their toponyms are routine and simply descriptive—”Little Beach” for instance—while others can only be described as weird, like “Pig Bite.”

Pig Bite is the name for a ridge where a pig ran down an islander and bit him or her a hundred years ago or so. Nellie’s Hump is not named for what you might think—it is a small crater on the central volcano of the island. According to the author of an article published on the internet on Tuesday last week, its name was derived from an account of a dog chasing a goat.

Frank Jacobs, the author, begins his analysis with some interesting factoids and arguments. While it is well known that islands foster biodiversity because of their isolation, he writes, perhaps they also promote a wealth of toponyms for comparable reasons. In a similar vein, he speculates that since there are about 250 people on Tristan, “the island must have the highest weird-place-name-per-capita ratio in the world.”

Jacobs castigates the lack of place names presented by Google Maps in its depiction of the island. The map only shows a small number of the major places: Queen Mary’s Peak, the central volcano of the island, and Edinburgh of the Seven Seas, the name for the only village, which the Islanders persist in calling just “the Settlement.” In order to find a better listing of the place names used by the people, Jacobs turned to other maps and to an investigation by the British historian Dan Snow.

Snow has published his findings about Tristan toponymy into his Twitter thread and Jacobs quotes repeatedly from his reports. He points out that major map features, such as Queen Mary’s Peak and Mount Olav, named respectively for the wife of King George V of the UK and for King Olav V of Norway, were both relatively recent place names. What were they called before being renamed?

Snow evidently asserts, according to Jacobs, that the formal name for the settlement, Edinburgh of the Seven Seas, is the world’s finest name for a capital. But folks searching for weird names only have to continue studying their non-Google maps. Look farther to the east from the Settlement and note the Ridge-where-the-goat-jump-off and, not far away, a beach titled Down-where-the-minister-land-his-things. Evidently the Islanders roll these names off effortlessly. 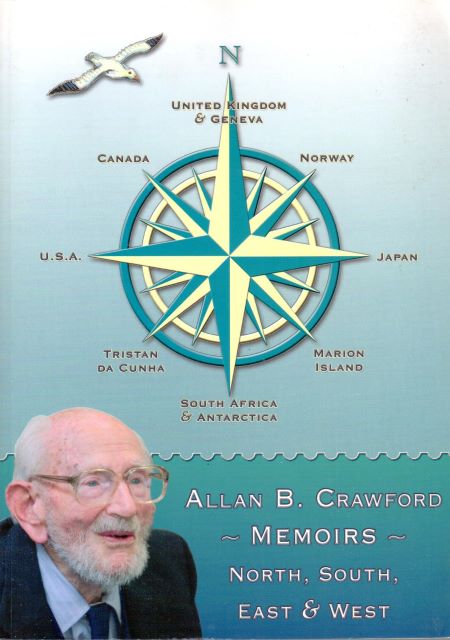 Allan B. Crawford, the British surveyor included in the Norwegian Scientific Expedition to Tristan in 1937–1938, decided when he first landed on the island to include on the map he was to produce the local names for geographic places. The actual place names used by the Islanders were poorly represented on the Admiralty chart he had with him. As a result of the discussion on Twitter, Allan’s grandson Bryant Crawford reminded Snow of the discussion in his grandfather’s book Memoirs—North, South, East & West about the naming of places on the island.

The account last week quotes a number of paragraphs from Crawford’s most recent work (the author was 94 when the book came out in 2006). Crawford explains (p.23 in the book) that “it was at once evident” that he needed to record and use the place names used by the Tristan Islanders instead of the ones on the Admiralty chart “in order to produce a meaningful” work.

Crawford describes the origin of the name for the beach called “Down-where-the-minister-land-his-things.” It commemorates the place where the minister, Rev. Barrow, and Mrs. Barrow had to land in 1906 when they arrived because rough weather prevented them from landing at the Settlement. Crawford mentions that the people still use the name because there is a swing at the beach that remains popular.

The people were aware that they already had a Goat Ridge to the west of the community so a formation on the south side of the island became known as the “Ridge-where-the-goat-jump-off.” Mr. Crawford recorded around 80 new toponyms on the island. Crawford observed that the Islanders have a strong loyalty to the British royal family such that the volcano that defines the entire island is named after Queen Mary. For her part, the wife of King George V took a serious interest in the Islanders and gave them a harmonium for their church. Many Islanders display photos of the royal couple in the windows of their homes.