Location. About 45,000 Lepchas live in the high mountain valleys of Sikkim, a north Indian state, particularly in an area called the Dzongu Lepcha Reserve, near Mount Kanchenjunga, one of the highest peaks of the Himalayas. Some Lepchas also live in Kalimpong, in India’s West Bengal state, plus in neighboring Bhutan and Nepal. The Tholung Monastery, a well known trekking destination in the Dzongu Reserve, was extensively damaged by an earthquake in September 2011.

Economy. The Lepchas raise a variety of crops—maize (corn), rice, cardamom, and garden vegetables—and they keep goats, cattle, and pigs. Their culture suppresses aggression and competition almost completely. The Chief Minister of West Bengal state proposed a Lepcha Development Board in 2013, but the proposal quickly became controversial.

Beliefs That Foster Peacefulness. Love, for the Buddhist Lepchas, is based on the satisfaction of mutual needs for food. When youngsters are asked if they love their parents, they will respond that they do because they are well fed. A young man admitted that he did not get along well with his new wife at first, but then he realized that when he came back to the house after a day of work and she had food ready for him, he loved her. He said, “this is my wife and I am pleased in my belly.”

Avoiding and Resolving Conflict. When conflicts occur, they are a concern of the entire village, which handles them with a variety of strategies. Mutual friends may prepare feasts to try to end the problems. If they fail, exorcisms are tried against the malevolent spirits that are causing the conflicts. If they do not succeed, village officials may become involved as adjudicators. If they are unsuccessful in ending the dispute, the officials may tell the disputants they will both have to pay heavy fines as well as prepare expensive feasts. Since individuals can’t afford the fines and costs, they quickly decide to drop their hostilities. After that, the adjudicators will eat and drink with the disputants, and give them long-winded sermons on the value of living in peace. In 2013, Lepchas were careful to avoid conflicts with a massive protest movement by the Gorkhas, another, much more aggressive, society.

Gender Relations. The people are highly tolerant of one another’s sexual activities, and they feel very little jealousy toward others. When disputes arise because of an extra-marital liaison to which one partner objects, the causes are blamed on the uncontrollable temperaments of individuals. However, when adultery occurs discretely, the aggrieved spouse will generally not pay attention; only if it is practiced openly and flagrantly will the other spouse appeal to the elected leader of the village. A researcher recently argued that while the status of women has declined somewhat in recent years, they are still highly valued in Lepcha society. However, a 2014 journal article based on research in a different Lepcha village gives a more negative assessment of their gender inequality. 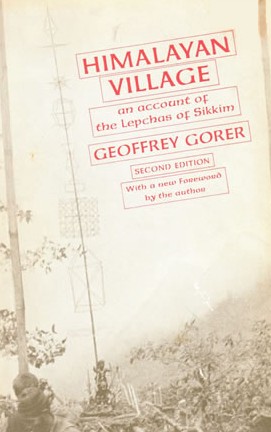 Raising Children. People hold babies constantly and mothers nurse them on demand. By the time children are three, they learn to yield to older people, expect little from society except kindness, and adopt a passive and impersonal manner. Adults do not treat their children harshly, but neither do they dote on them. In fact, they pay very little attention to them and often they do not talk with them or play with them. They view children as a responsibility, not as companions. Lepchas will, on unusual occasions, punish their children severely if they commit serious infractions of their rules such as stealing, ruining someone’s property, lying, quarreling, or acting in an insulting manner. The Lepchas take the education and socialization of their children seriously. A news story in early 2014 reported that they scored very highly in school exams while a report from 2012 celebrated a Lepcha woman who runs an orphanage in Gangtok that cherishes orphaned and homeless children.

Social Practices. Lepchas believe that quarreling is the result of the evil actions of three spirits, or devils: Soo-moong (enmity of speech), Ge-moong (enmity of thought), and Thor-moong (enmity of action). This evil trinity, the devil Soo-ge-thor, must be destroyed each year in a vividly dramatic lamaistic exorcism ceremony featuring a large image of the demon. After proper ceremonies to be sure the devil is present in it, an archer shoots an arrow so that it pierces the heart of the image. Then the people hack apart the image, after which they stick bits of it, along with papers inscribed with the devil’s name, into a piece of bamboo and burn it. These actions to purge the community of quarreling are accompanied by a variety of prayers and rituals. According to one source, however, the Lepchas no longer practice those rituals.

Sense of Self. The Lepchas are highly tolerant of individual temperamental differences. As long as people are not aggressive or ambitious, remain peaceful, abide by the rules of society, and perform their communal duties, their privacy will be respected by others.

Cooperation and Competition. Cooperation is such an essential aspect of Lepcha village life that differences between rich and poor are not too great. Assistance with farm work is always repaid with help in return; only people who do not happen to own their own land are paid in wages. The exception is for assistance with raising the cash crop, cardamom, which is paid for with money.

Social Control. Social control and disapproval from the group are important forces that prompt the Lepchas to restrain objectionable behaviors and to adopt positive ones.

Sharing. Lepchas are very generous with one another: whenever Geoffrey Gorer, an anthropologist, gave one person, adult or child, a gift that could be divided, such as a pack of cigarettes, the recipient would carefully divide the contents with everyone else present. They rarely quarrel about ownership of material objects, and even children of three or four years old would reciprocate gifts from Gorer with gifts of their own.

Strategies for Avoiding Warfare and Violence. When Lepchas have had to deal with aggression from outsiders, they have historically retreated and hidden in the forests. In their mythology, they get the better of their enemies by cunning rather than by violence.

But How Much Violence Do They Really Experience? The Lepcha culture suppresses aggression and competition almost completely. The only aggression that they exhibit is toward supernatural beings.

Sources on the Web: Wikipedia (English Version); Lepchas and their Tradition; Overview of Research on Lepcha Language and Culture; Lepcha Aachulay Magazine