A lot of Internet services today are based on “the cloud,” but on the island of Tristan da Cunha, due to slow Internet connection speed, the practice of medicine is based partly on the gut—the intuition of the island’s doctor. 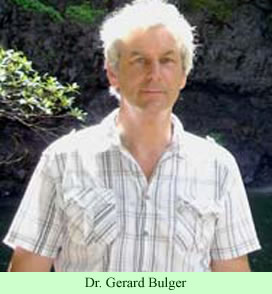 Dr. Gerard Bulger, the physician on Tristan da Cunha, has published an article describing his work on the isolated island in the South Atlantic. While his piece is written for other doctors in a British medical magazine, it provides interesting glimpses into the issues a GP faces in caring for the health of the Tristan Islanders.

Bulger describes the basic conditions of running a medical practice on an island 1,500 miles west of Cape Town, the nearest city, a six day trip if a boat happens to be passing by. Since there is no airstrip, no one is evacuated by plane in the event of an emergency. And the Internet speed is a pokey 512 kps, so if there were to be a serious medical problem, all other uses of the Internet on the island would have to stop so he could utilize the full bandwith. He would need to Skype with other medical people in South Africa or the UK. Dr. Bulger relies on his instincts a great deal.

He indicates that the Tristan Islanders are generally fit. People don’t sit around much, since they have to raise a lot of the food they eat. They tend their vegetable gardens, feed their ducks and chickens, move sheep and cows to different pastures, do some fishing, and go to work in the crayfish processing factory. There is full employment, he says, and many people work at more than one job. But the islanders do have common health problems such as obesity, high alcohol use, diabetes, and asthma.

He has no trained nursing or other medical assistance, so he has to do it all, with the help of other doctors via the Internet. While some of the details in his report would be of interest primarily to other physicians, he does give a good general impression of the challenges of a medical practice in a very isolated situation. His basic message is that he has to respond to everything with a great deal of creativity.

For instance, he comments that the incubator doesn’t work, but he is reluctant to get another one since they are apparently difficult to keep in good working order. Fertility is quite low on the island—there is only one pregnant woman at the moment. And because only one percent of babies are delivered before 32 weeks, the need for an incubator is quite limited. “Kangaroo care would seem the safer option,” he observes wryly.

He tells us he does a lot of the things that other doctors in the UK don’t do, or haven’t done since medical school. “When was the last time you looked at a blood film and counted it? Tried to grow stuff on a Petri dish?” He writes that one of his duties is to check the water supply—presumably for pollutants, though he doesn’t make that completely clear.

Other projects have included finding packages of unopened equipment, ordered by earlier doctors and never used. He also has to make sure the supplies in the pharmacy are kept up to date.

Dr. Bulger describes his training and experience on his own website, where he notes that he sold his medical practice in the UK in 2007. Their children were grown, he writes, “so we looked at working abroad.” He took a medical position in Cairns, Australia, in January 2009, and in November 2010 he took another in Sulawesi, Indonesia.

He doesn’t mention when he took the position on Tristan da Cunha, but an advertisement posted on Tristan’s own website in November 2011 indicates that the island will be seeking to fill a one-year appointment for the island doctor position, starting May 2012. “Work on the most remote inhabited island in the world,” the advertisement says. The ad does not list the challenges that Dr. Bulger describes, other than to say that the candidate needs to be “self-sufficient.”