For a long time, the Mangyan people on Mindoro Island, especially the Buid and the Bangon, have ventured into Calapan City during the Christmas season to beg on the streets. 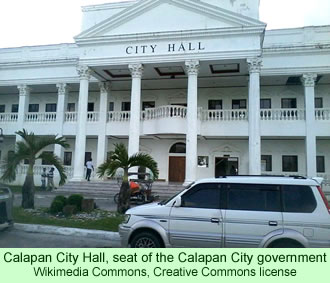 Nine years ago, Philippine news stories reported that those two animist peoples, who live primarily in the south central mountains of the island, have seen December as a good time to take advantage of the charitable feelings of the Christian majority by begging from them. As Agnep, a young Bangon man, recently commented to a reporter, “the Christians are right that Christmas is giving: they give; we receive.”

A news report last week indicated that some Mangyan peoples have persisted in their annual begging tradition, but the good citizens of the city have decided to put an end to it. Residents jeer at the Mangyans, according to the author of the article, and consider the begging by the tribal people as an “eyesore” and a “nuisance.”

Agnep walked over 60 miles (100 km) with his wife and two little children from their home in the mountains into the city to beg. The Buid live to the south of the Bangon, even farther from Calapan City. Agnep and his family were in the municipality of Bongabong, south of Calapan City when the reporter spoke with them.

The article quotes Bishop Warlito Cajandig of Calapan as saying that city officials had met with 40 different leaders of the tribal groups to tell them that the caroling and begging on the streets would no longer be permitted during the Christmas season. “Somebody must teach them how to live decently,” the bishop said.

The Mayor of Calapan City, Arnan Panaligan, indicated that Christians in the city would be soliciting donations to benefit the Mangyan people. The donations will be taken to Bongabong, which is much near to the Bangon and Buid communities.

Mayor Panaligan decried the fact that when the Mangyans come into the city, they eat and sleep in the streets, exposed to the weather and to unscrupulous people. By distributing foods to them in Bongabong, the Mangyan will be safer, he says.

Evidently the decision by the city to prohibit begging had not reached Agnep’s village, since he and his family had walked all the way to Calapan City in vain. They were waiting for the rain to ease so they could return to their home. “We had a short holiday,” he said.