The central, organizing spirit of the highly peaceful Batek society, at least in the mid-1970s, was a moral commitment to sharing any and all foods with everyone else who happened to be in camp. This “moral unity,” as Karen and Kirk Endicott so evocatively put it, required children to be constantly scampering about carrying meals from one shelter to another, even though the recipients may already have had plenty of the same foods. 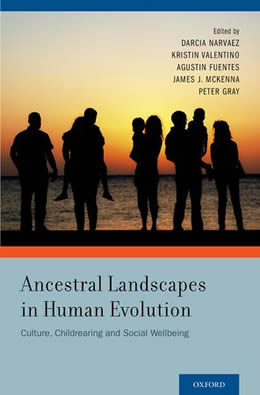 The Endicotts, in an article prepared for Ancestral Landscapes in Human Evolution, an academic book that has just been released by Oxford University Press, describe the social and cultural ingredients of the peaceful Batek society nearly 40 years ago. Their descriptions and analysis, which throughout are interesting, informative, and often lyrical, are based on their fieldwork in 1975 and 1976.

They begin by establishing the fact that while the fundamental social entity for the Batek was the conjugal family, their long-term economic unit was the nomadic hunting and gathering camp. They lived then, and still do today, near and to some extent within the world famous Taman Negara National Park, a large tract of unbroken tropical forest in northeastern Peninsular Malaysia. The Batek today number about 1,500 people, one third of whom at any one time live in temporary shelters in the park.

The authors provide a wealth of details that have to be skipped in a short review in favor of a summary of the factors that contributed to Batek peacefulness and, most critically, the ways they transmitted those patterns to their children. One essential element in their nonviolence was that while they prized their individuality, they also cooperated in many social projects and work activities. Furthermore, although they had informal leaders, no one could coerce another to do anything. Leadership was entirely voluntary, and the prohibition of violence was an absolute.

Some of the best parts of the article are the descriptions of the child-raising strategies used by the Batek. One was the fact that fathers played an essential role in raising children from infancy. They held, cuddled, and fondled their babies as much as the mothers did, and with as much obvious enjoyment. Both parents would clean and bathe their infants.

While resting in their temporary camps, fathers would often make things for the children to play with, and would amuse them while holding them in their laps. Other members of the camps would shower affection on the babies as well. The Batek often told the authors that they desired male and female children equally.

As children grew beyond the toddler stage, from about 2 to 6 years of age, they would continue to play, but not be attended to as closely by their parents. The youngsters could chop at trees with knives, build fires, dig for tubers, climb trees, gather sticks, and pretend to cook—in essence, they would imitate in their play what they saw adults doing.

The one job that adults would give to children was to have them take plates of food to other families. Boys and girls would often accompany their mothers when they went into the forest to collect tubers. Sometimes, however, they would stay in camp with other adults who were not planning to go out that day.

Children played completely noncompetitive games. Their play groups tended to be flexible and spontaneous, and no one was excluded. If a child could not keep up with the other children, however, he or she would drop out and find another game to enjoy. Play activities in the groups were initiated by one child or another, according to the whims of the children involved, and the games tended to have no rules.

A typical sequence of play might start with swimming in a stream, shift to jumping off a log, then move to playing tiger chasing Batek, with the kids changing roles as they might. Their games had no winners or losers. This noncompetitive nature of the games was derived from the lack of competition among the Batek adults. As the children grew older, their play activities focused more intensively on the work they would be doing as adults—hunting, fishing, gathering, digging, and so on.

By the time they were adopting the roles appropriate in their society for women or men, they had also absorbed the positive values that the people felt for both genders. The Batek were, as the Endicotts express it, gender egalitarian in that they placed no greater value on the activities of men or women, and neither group controlled the other. The authors found the people to be “self-confident, enthusiastic about their activities, high spirited, and generally satisfied with their work and lives” (p.114).

Perhaps the heart of the article is the section analyzing the ways the Batek socialized their children to be nonaggressive. An essential aspect of their society, in the opinion of the authors, was their complete lack of violence and aggression. Batek children of one year of age, who struck at other children, were separated quietly from the others, though generally without comment by adults.

In general, parents thought that children would grow out of any aggressive, possessive behavior patterns, and lecturing about it might simply call attention to the unwanted actions. Sometimes, though, adults did laugh at children’s aggressions, thus trying to trivialize situations that the youngsters might have felt were serious. The authors sum up the Batek relationships among adults and children as basically those of mutual affection and respect.

For readers who seek ways to challenge human patterns of violence, the Batek provide an excellent example of a possible approach that works, at least for them in their own situation. Their disdain for competition, their gender equality, their enthusiasm for sharing, and their belief in respect—plus, of course, their effective approaches for passing those values on to their children—should be instructive for others seeking to develop peaceful societies. This article by the Endicotts should be an essential addition to the library of anyone interested in peace building.