Over 1,300 residents of Eau Claire County, Wisconsin, signed an appeal supporting local Amish objections to building code regulations, which they say violate their religious beliefs. The controversy over the rights of the Amish to observe their religion as they wish made headlines in western Wisconsin last week when the issue was raised at the weekly county supervisors meeting. 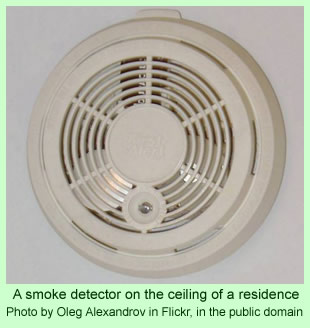 The background was that an Amish man named John Yoder from a rural area in the county had objected to the regulation that smoke detectors and carbon monoxide detectors had to be installed in a home he is building. He based his appeal for a waiver on a recent Wisconsin state law, the state budget document for 2015-2017, signed by Governor Scott Walker in July. The new law allows the Amish to comply with the Uniform Dwelling Code in ways that would not violate their religious beliefs.

However, the county Planning and Development department, as well as its Health Department, recommended that the appeal by the Amish man should be denied. The Corporation Counsel for the county indicated that the new law provides the county with the authority to deny such an appeal as it did. This action has sent the appeal on to the Wisconsin Department of Safety and Professional Services, as the law specifies.

David Mortimer and Rachel Lane, non-Amish members of the Eau Claire chapter, National Committee for Amish Religious Freedom, heard about the denial and decided to take action. They drafted a petition to the county that argued for permitting the Amish to practice their beliefs in the ways they wish. They collected signatures in paper and online at change.org. They presented the petition to the supervisors at their meeting in Eau Claire city on Tuesday evening, September 15.

In presenting the petition, Mr. Mortimer told the supervisors, “I think we should take a deep breath and ask, ‘What have we done here?’ Our country should be a place where all religions are free, including the Amish.”

Ms. Lane said, “It’s not about how we live. It’s about how these people have such a strong conviction to carry on their life style that they want to live.” She added that the issue for the Amish appellant was about “compliance with God. To have a smoke alarm to protect them rather than God is against their beliefs.”

Mr. Mortimer suggested that the county should appoint a committee to promote a better understanding of the Amish and their beliefs. “We should be working with them, rather than against them,” he said.

The fascinating aspect of the story is the extent of support that local people are showing for their Amish neighbors: 1,300 signatures on the petition. In other conflicts between rural communities in the U.S. and their neighboring Amish people, the Amish are not always so well supported by local “English” folks, as news stories over the past decade have shown.

In one report from 2012, unregulated Amish outhouses alarmed some people in rural Kansas. The droppings from Amish horses on town roads in a Wisconsin community prompted local citizens to complain to the municipal authorities. In New York State, some Amish buildings were attacked and burned by stone-throwing vandals, but in rural northern Maine, an Amish community is well liked by its English neighbors. The Mainers say that the Amish bring out the best in them.

A news story in 2008 asked the question that is still quite relevant: why are some English communities so supportive of the Amish, while others exhibit such hostility. The answer may have been provided by a journal article by William M. McGuigan and Carol Scholl, discussed in that news report.

McGuigan and Scholl argue that the major issue is that attitudes are normally determined by the amount of contact people have with minority groups such as the Amish. The more contacts the majority have with the minority, the better opinions they will have of them. Most English, at least in the authors’ study community in northwestern Pennsylvania, had very limited knowledge about the Amish. The news stories about Eau Claire last week did not indicate how much contact the Amish in their county have with the English, but something positive must be going on there.