On October 2, India celebrated the 150th birthday of Mohandas Gandhi. The leader of the movement for India’s independence from the UK, Gandhi also advocated active peaceful actions such as marches and sit-ins as a nonviolent way for oppressed peoples to gain their rights. Numerous media outlets around the world celebrated the birthday with critical examinations of the Mahatma’s life, work, sayings and writings. His legacy is not without its critics.

The Washington Post, for instance, published a critical look at Gandhi by Joanna Slater on October 2. She writes that not everything done and said by Gandhi during his lifetime is viewed positively today. He used racist language when he was young and living in South Africa and he defended the caste system of his native land. Furthermore, some criticize his commitment to nonviolence and his beliefs in religious pluralism. But he inspired many leaders, such as Nelson Mandela and Martin Luther King, Jr., who followed his commitment to peaceful protest actions.

In the spirit of remembering Gandhi, it might be helpful to review his influence on the peaceful societies of India, most specifically the Paliyans. Their increasing willingness to openly confront oppressors in South India has been a significant development, but equally important has been their readiness to challenge the very nature of their relationship to pacifism. Their experiences enrich our understanding of the place of nonviolence in the cultures of countries and societies. They also may add to the concepts of nonviolence proposed by Gandhi. 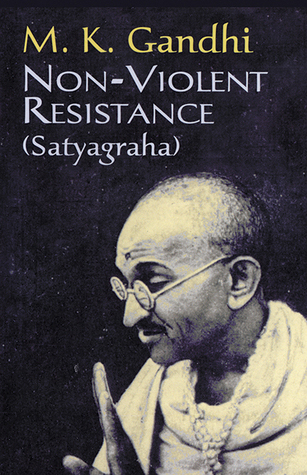 Indians have come to understand some of their struggles in Gandhian terms as Satyagraha, a term that more or less means nonviolence. The Paliyan experience, however, leads one to question Gandhi. In his book Non-Violent Resistance, Gandhi argued that Satyagraha is not a weapon of the weak, it is a tool of strength. India’s foremost exponent of peace acknowledged the existence of passive resistance, particularly in the Christian tradition of turning the other cheek, but he dismissed it as emblematic of weakness.

Passive resistance does not completely exclude violence, he maintained, if the passive resisters should turn in that direction. It is not clear if he was aware of the Paliyans and the other peaceful tribal peoples in India who expressed their nonviolence by passive resistance, often called nonresistance, by fleeing from confrontations. If asked, the Paliyans would certainly not have agreed with Gandhi’s negative assessment of their approach to maintaining peaceful relationships. The Paliyans expressed their reluctance to engage in fighting by retreating from it—sometimes precipitously. At least, they used to.

Peter Gardner amplified Paliyan attitudes toward peaceful nonresistance in an article that appeared in the 2010 book Nonkilling Societies in which he argued that their nonresistance must be seen from their perspective, rather than from the viewpoints of outside societies. Since the Paliyans for the most part still confront aggression by turning the other cheek, so to speak, they do not see nonresistance in Gandhian terms as a weakness.

Instead, the Paliyans view their way of retreating from confrontations as a completely approved social style. They feel no stigma in avoiding conflicts, no humiliation in retreating from fights, no sense of cowardice. Gardner wrote that, for the Paliyans, retreating “is an unambiguous act of strength, strength in controlling oneself (p.192).”

Thus, there are arguably two perspectives on peacefulness operating in India, and perhaps in much of the world—the active, challenging style of nonviolent resistance perfected by the Mahatma such as marches and sit-ins and the flee-into-the-forests nonresistance advocated by some peaceful societies such as the Paliyan. The differences may be subtle but they are significant.

However, news stories on October 11 and October 18, 2012, implied that the continuing tradition of Satyagraha in India, exemplified that time by a land rights organization, and the nonresistance of the Paliyans may be starting to converge.

The Indian land rights group Ekta Parishad, following Gandhian strategies, launched an epic protest that month by 50,000 landless Adivasi people. They started a march from the city of Gwalior intending to proceed nearly 200 miles (320 km) north by road to the national capital in New Delhi. The marchers included a number of Paliyans who were interviewed by reporters along the way.

The protesters were planning to hand a memorandum to the central government describing the difficulties they faced since they are still being deprived of their lands. They hoped to reach New Delhi by October 29, marching by day and sleeping by night along the highway.

The peaceful protest march ended the following week in Agra when the government of India capitulated to the demands of the marchers. Once again, the media focused on the Paliyan participants. It sounded from the reports as if the precepts of Satyagraha are penetrating into Paliyan society, so they may yet find ways to peacefully win their rights. Could Gandhi be persuaded that there is value in both active nonviolence and passive nonresistance? Strength in both?

A Paliyan woman quoted in one of the news reports, Dhanalakshmi, said that she was planning to see the Taj Mahal in Agra before returning to her village in Tamil Nadu. “But if the government does not keep its promises, we will bring more people from our villages and we will come back.” The landless Paliyans were learning the power of nonviolent protests. Gandhi would be smiling.