Several months ago, as the coronavirus pandemic began to spread in East Asia, sports fans speculated about what would happen to the 2020 Tokyo Summer Olympics, scheduled for July 24 through August 9. The subsequent news that it was going to be postponed came as no surprise but the announcement on Monday last week was more startling.

The Tokyo Olympics will be held in 2021 on almost the same days as they would have been this year, but for COVID-19. “Opening Ceremony Rescheduled” reads the headline in the AP news release: it will be held on July 23 and the closing ceremonies on August 8. The official making the announcement clarified the importance of the rituals associated with the Olympics. “The schedule for the games is key to preparing for the games,” Yoshiro Mori, Tokyo organizing committee president, said.

This announcement raises several questions related to the study of peaceful societies. How are they reacting to the news? And more importantly, how much do they care about competitive sports anyway? Are their rituals at all comparable to the ceremonies and rituals that surround the quadrennial Olympics? Is participation in sports increasing or decreasing among the peaceful societies?

Some of these questions could be answered with the simple response that it varies depending on the society and situation. But a paper published 23 years ago (Bonta 1997) concluded from a survey of the literature that a large percentage of the peaceful societies do avoid competition. Not all, but many raise their children to not play competitive games. Many associate competition with aggression and violence.

But if they avoid competition, how do they react to competitive sports?  A few enjoy them—see a recent news story about some Hutterite women and their passion for ice hockey. Most of the peaceful societies are not nearly so enthusiastic about sports as those Hutterite women.

The question about the Olympics and the rituals that surround them is important—and most other competitive sports such as baseball and football have their rituals also. Competitive sports, it can be argued, consist in part of rituals that serve to reinforce the pervasive belief that competition is an essential aspect of human nature. This conviction supports the argument that free market capitalism is the best way to organize modern societies.

In comparison, rituals in some of the peaceful societies serve similar functions as the rituals do for the Olympics and for sports in the U.S. They serve to unify people around their ideals and values.

One example of the way rituals help foster cooperation instead of competition is provided by the Buid, people who live in the mountains of southern Mindoro Island in the Philippines and who rarely make the news. Gibson (1990) writes that the Buid believe that violence is caused by boasting, self-assertion, quarreling, aggression, and competition. They avoid all of those activities in order to remain free from violence.

When they do have a quarrel, the parties to the dispute will sponsor a ritual sacrifice of a pig owned by one of the parties to the argument. If a married couple quarrels, they will settle the matter by ritually sacrificing one of their pigs. After all, the earth spirits might become angry at the unresolved dispute and terminate their protection of the entire village. The meat from the sacrificed pig is divided carefully among the members of the community, with appropriate portions being given to the spirits as well as the humans.

The ritual—sharing the pig meat—reunifies the community and strengthens the Buid beliefs in the ideal household: a home that is tranquil, cooperative, and free of jealousy and competition, Supporters of the Olympics have their rituals to promote their sports and their beliefs; the Buid have theirs.

Another example will support this argument. The Piaroa of southcentral Venezuela are revolted by violence and by human activities that may, in their view, promote it such as competition. Overing (1986 and 1989b) describes the beliefs of the Piaroa: they see their gods as emblematic of many human failings. Their creator god, for instance, was mad and quite evil. His powers in mythic times were poisonous to the other gods.

And those poisons persist to the present day. The mystic forces of production, such as their gardening, are infused by competition and all the other evils associated with it—lust, arrogance, greed, and of course violence. To combat those evils, the village shaman every night performs his ritualistic chanting and blows the words of his chants into honey and water. When the people of the village drink the protective brew the next morning, the adults and children who have consumed it will be safe and peaceful for another day.

If the peace-inducing rituals of the Buid and the Piaroa seem weird to readers, perhaps the rituals associated with the Summer Olympics, such as relays of people carrying a torch over vast distances, would be hard to fathom by those residents of the mountains of Mindoro and the forests of Venezuela.

The answer must be framed as somewhat speculative in nature, but there appears to be very little about organized sports being played among the remote peaceful communities, the ones that are quite separated from the mainstreams of the world. The one exception to this was a couple news stories in the Indian press about the introduction of boxing among some Birhor young people. 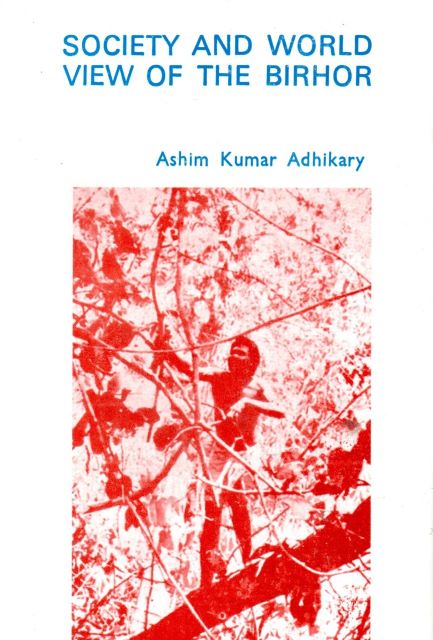 Adhikary, in his 1984 book Society and World View of the Birhor, only mentions that their society is characterized by economic cooperation and individual independence. In essence, there is virtually no competition among them for scarce resources and individuals rarely accumulate possessions. It is not clear from his ethnography how strongly they are opposed to competition—only that they don’t compete for resources.

A news story in July 2009 reported that competitive boxing had been introduced to the young people of Chalkari, a Birhor village in the Dhanbad district of Jharkhand, a state in northeastern India, and the villagers shared the passion of the young boxers-in-training. Mahesh, a student in Chalkari, said enthusiastically, “We learn boxing in the mornings and evenings. This is going to help us move ahead in life.”

The boxing coach, Paritosh Kumar, expressed his warm support for the sport making a positive impact on the people. He said he decided to work with the Birhor youngsters because they are very poor. He added, “I want to help them in getting noticed and bring them onto the map of India through boxing.” The coach plans to guide his young fighters into a training program so they can compete in district and state boxing matches.

Nearly two years later, the Indian press focused on the girls of Chalkari, who had also become enthusiastic participants in boxing. The report indicated that 21 girls between the ages of 12 and 14 finish their evening chores every day, put on their boxing gloves, and get together to practice their sport. They are as determined to succeed as the boys are.

The reporter talked with several of the girls. One, Suman, practicing in the courtyard of her home, said she intends to grow up to be a boxer. “We have the talent that people in the cities do not have,” she said, radiating self-confidence. She and two other girls made it to the state boxing championship competition the previous year. She does admit that she and her boxing friends no longer have time for playing with dolls. When the work of the day is over, they only have time for their sport.

Are sports necessarily the foster parents of violence? Is competition really an evil twin of aggression? The Buid, Piaroa, and other peaceful societies such as the Ju/’hoansi and the Semai think so. But some of the Birhor have been changing their minds. And unlike the Olympics, no one is going to make a decision about the future of their rituals except themselves.